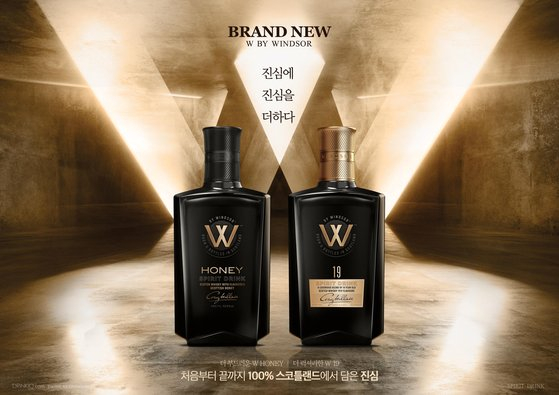 Diageo Korea, the Korean arm of the British alcoholic beverage company, launched W 19 and W Honey, with an alcohol content of 32.5 percent. The two whiskies are only available in Korea. [DIAGEO KOREA]


Mr. Park, who enjoys a drink or two after work, was surprised recently to notice the relatively low prices on whiskey and bourbon at his local Emart.

As his overseas business trips were canceled due to the coronavirus pandemic, Park was missing Scotch and bourbon. At Emart, he was able to buy a bottle of 12-year-old Chivas Regal for 45,800 won ($38) and a bottle of Jack Daniel's for 47,800 won.

“I think whiskey priced under 50,000 won is good enough to have as a light drink after work,” Park said. “To be honest, cheaper whiskies taste no different from premium whiskies."

The pandemic has prompted liquor companies in Korea to use some new business strategies, which include selling a wider variety of whiskies and reducing their prices. Other strategies are to sell lower-alcohol whiskies, to promote mixers for drinkers not used to the hard stuff, and to sell cocktail mixes at convenience stores.

Diageo Korea, the Korean arm of the British alcoholic beverage company, launched two new products called W 19 and W Honey, Diageo's first whiskies with an alcohol content of 32.5 percent. These products, which are only available in Korea, are targeting people in their 30s and 40s who love the allure of whiskey, which is generally 40 to 68 percent alcohol, but prefer softer drinks.

In 2009, Korea’s Busan-based whiskey maker Golden Blue launched a whiskey with an alcohol content of 36.5 percent. It was popular, but foreign whiskey companies pooh-poohed it as a non-whiskey, reminding the market that European Union law specifies that the “minimum alcoholic strength by volume of whisky or whiskey shall be 40 percent.”

According to the country’s major soju and beer maker, Hite Jinro, sales of tonic water were up 33 percent in the first half of the year compared to the same period last year, more than the company’s overall sales, which increased 15 percent.

“Liquor [such as whiskies and vodka], which had been considered alcohol for old people, are gaining popularity with young people these days,” said a spokesperson for Hite Jinro. But the young people often like to drink them with mixers. 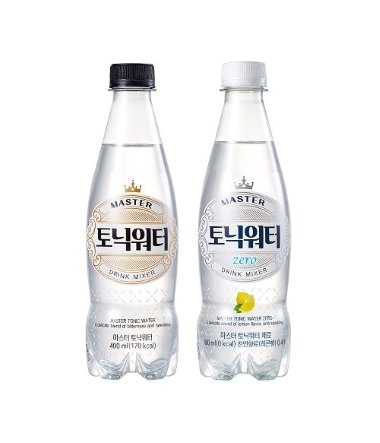 Liquor sales in major supermarkets have seen a sharp increase through the pandemic.

Emart saw a 25 percent increase in liquor sales from March to July 27 compared to the same period a year before. Whiskies saw the biggest increase, 35 percent. During the same period, Lotte Mart’s whiskies sales also increased by 30 percent while vodka sales grew by 46 percent.

Liquor sales at CU convenience stores also increased by 39 percent last month compared to the same month a year earlier led by premium alcohols, which are priced 100,000 won or higher.

Retailers are scrambling to release new types of whiskies and vodka.

“As alcohol lovers like tasting various types of liquor, we will constantly try to come up with new products that people can enjoy in their homes,” said a spokesperson for BGF Retail.