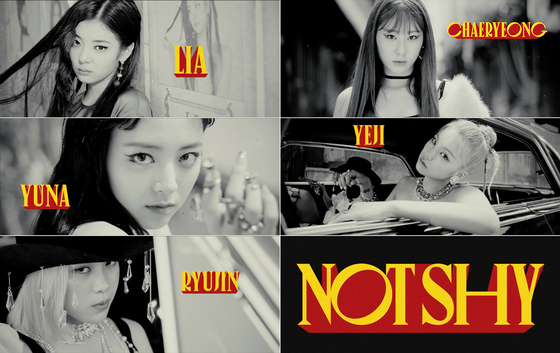 
K-pop girl group ITZY surprised and teased their fans by releasing a trailer and a poster for their new digital single “Not Shy” this morning.

The girls’ agency, JYP Entertainment announced via its official social media channels that ITZY will release a new summer song on Aug. 17, their first track for five months. The group’s latest release was their second EP “Wanna Be,” which was released in March.

The trailer for “Not Shy” shows the five girls — Yeji, Lia, Ryujin, Chaeryeong and Yuna — in a thrilling car chase. The agency revealed that Yeji and Ryujin had to get their driver’s licenses in order to shoot the scene.

“If the girls showed their ‘teenage-girl-like character’ in their last release ‘Wanna Be,’ this time, the girls will definitely show that they are ‘not shy’ and reveal something very charming and powerful,” said the agency.

Since their debut in 2019, ITZY has been making a mark on the K-pop industry with hit songs “Dalla Dalla” and “ICY” as well as videos for each song surpassing 100 million views on YouTube.