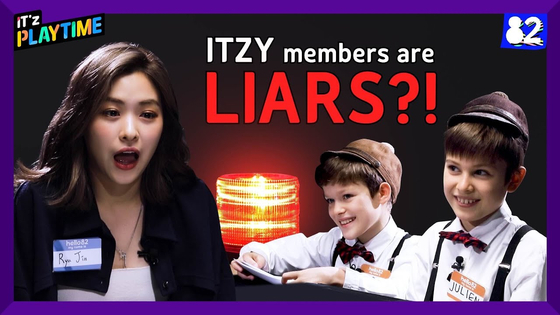 
K-pop girl group ITZY will meet children from all over the world in its new YouTube series “IT'z Playtime.”

The first episode of the show was uploaded on Monday on the YouTube channel Hello82, operated by Los Angeles-based entertainment firm KAI Media, established in 2018. KAI Media focuses on K-pop culture and fandom projects in English, Spanish, Portuguese, Arabic and Indonesian.

ITZY’s five members will navigate different themes in each episode of the six-part series in English. Children will interview ITZY in the first episode, while others will cover K-pop quizzes, makeovers and dancing.