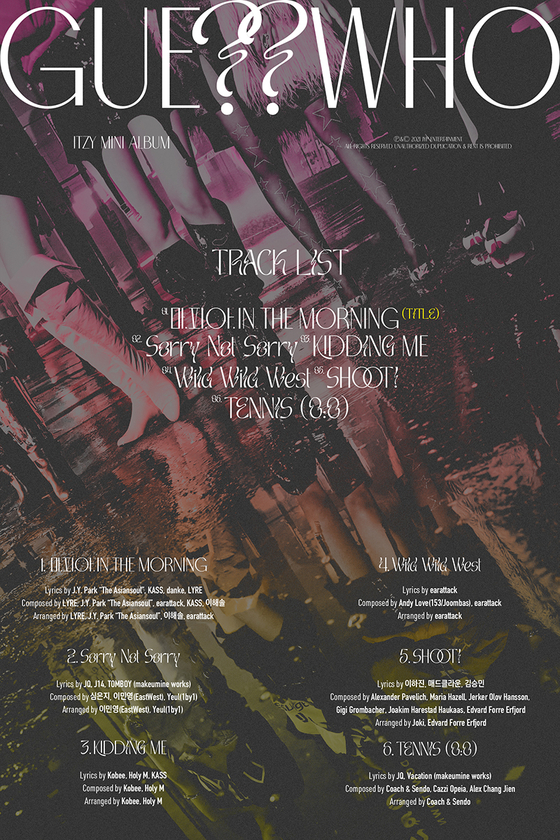 The track list of girl group's ITZY's new EP ″Guess Who,″ which was released on Monday. [JYP ENTERTAINMENT]


Girl group ITZY released the track list of its upcoming EP “Guess Who” on Monday, according to JYP Entertainment.

“Mafia In The Morning” will be the lead track for the upcoming EP, which has a total of six songs. Others include “Sorry Not Sorry,” “Kidding Me,” “Wild Wild West,” “Shoot!” and “Tennis (0:0).”

“Mafia In The Morning” was composed and written by JYP’s executive producer Park Jin-young. For other tracks, global and local talents such as LYRE, KASS, danke and earattack contributed.