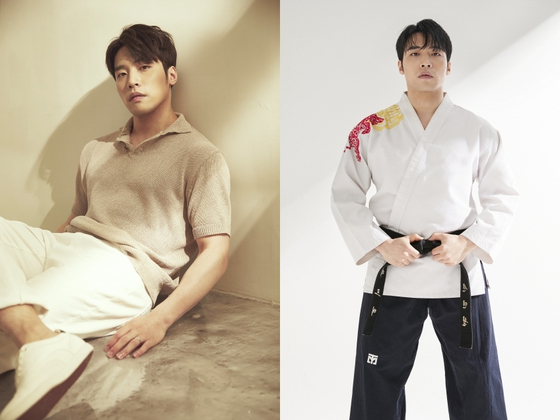 
Extreme taekwondo practitioner Shin Min-cheol, who recently tied the knot with former Wonder Girls member Woo Hye-rim, has singed a contract with rrr Entertainment — the same agency that Woo moved to a few months ago.

The agency was established by Yubin, another former member of the Wonder Girls, in January.

"We hope to expand Shin Min-cheol's boundaries as a taekwondo practitioner and support him to show off his talents in various fields beyond taekwondo performing stages," said the agency on Friday via its official social media channels.

He is also a sponsored athlete of the energy drink company Red Bull and became the world champion at the Red Bull Kick-It competitions in 2014.

In a recent interview with the Korea JoongAng Daily regarding the establishment of her own entertainment agency, Yubin said that she hopes to develop a company where artists with diverse talents and backgrounds congregate and collaborate.

"I want to recruit not just singers and actors, but real talents in all fields of the performing arts," she said.