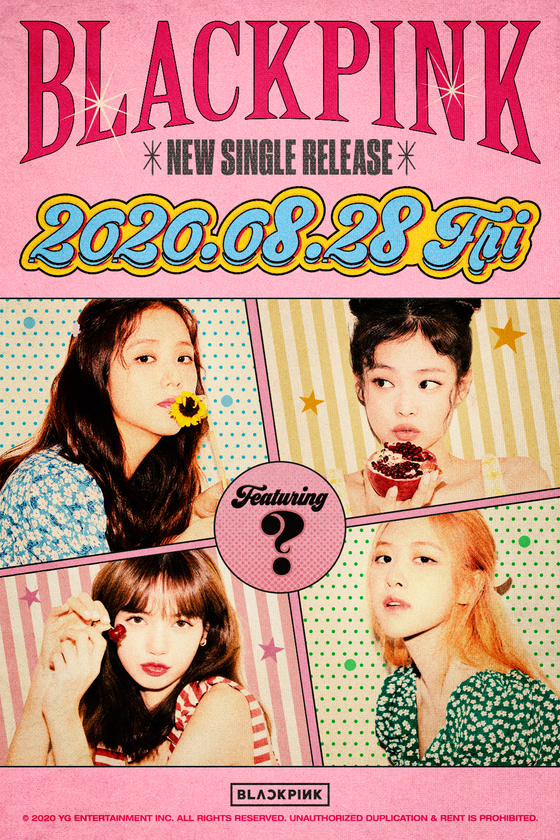 The agency released a poster announcing the news on Tuesday, featuring the four members in a cartoon-style image, each member against a different colored background.

The "surprise featured artist" was once again kept secret, but rumors are rife that it may be pop star Selena Gomez after local news outlet Mydaily first reported the news last week.

YG Entertainment neither denied or confirmed the news, and only told reporters to "wait for the official announcement."

The upcoming single will be included as a part of the group's full-length album to drop on Oct. 2, along with its latest hit "How You Like That," released in June — which will be the lead track.