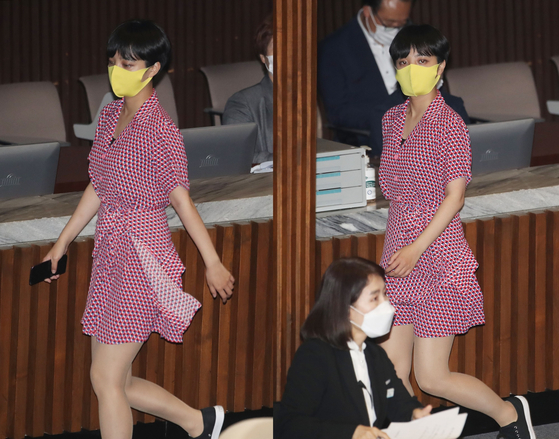 Justice Party Rep. Ryu Ho-jeong during the plenary session at the National Assembly on Tuesday. [YONHAP]


Justice Party Rep. Ryu Ho-jeong — who at 28 years old is the youngest lawmaker ever to serve in Korea — wore a red dress to the National Assembly’s plenary session on Tuesday, sparking controversy over what some consider an unspoken dress code within the typically buttoned-down legislative body.

She wore a red wrap dress, standing out amid her fellow lawmakers dressed in suits. Photos of her walking down an aisle during the plenary session at the National Assembly quickly circulated online following the session.

“I think [Ryu] had better focus on getting the work done at the Assembly rather than on marketing [herself],” wrote Bucheon mayor Jang Deog-cheon, a member of Democratic Party (DP), on Wednesday.

“Is she trying to gain attention with her looks?” wrote a Twitter user on Thursday. “Ryu had better watch and learn from the attire of other women.”

The user posted a photo of Foreign Minister Kang Kyung-wha, SMEs and Startups Minister Park Young-sun and other female ministers, taken during their trip to Asean nations with President Moon Jae-in last year. All were wearing shirts with dress slacks. 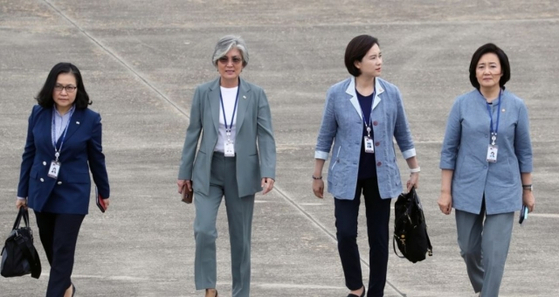 
Other comments likened Ryu to a woman serving drinks in a bar.

The negative reaction online was followed by a substantial backlash, however, and some female lawmakers took the opportunity to defend Ryu.

"Some women wear dresses to work, and at the Assembly are some women who would like to wear dresses to work, that’s all there is to it,” wrote Justice Party Chairwoman Sim Sang-jung on her Facebook account on Thursday morning. “The Assembly is filled with lawmakers who all have different interests because they represent different groups and their interests in the nation.”

Sim included in her post a photo of a European Parliament meeting in October 2019, which shows members of the legislative body in dresses and suits of various colors.

“Ryu and I don’t agree on a lot points,” wrote DP Rep. Ko Min-jung on her Facebook account on Wednesday. “But I have to thank Ryu for shattering the rigid and authoritarian image of the Assembly.”

“We said we’d wear what we’re wearing that day to the session on Tuesday,” Yoo wrote on her Facebook account on Wednesday. “It was at an event to celebrate the launch of a lawmaker group who got together under the initiative to listen to the young people to ensure their voices are reflected in policymaking. I was wearing jeans and Ryu her dress. I didn’t keep that promise but Ryu did.” 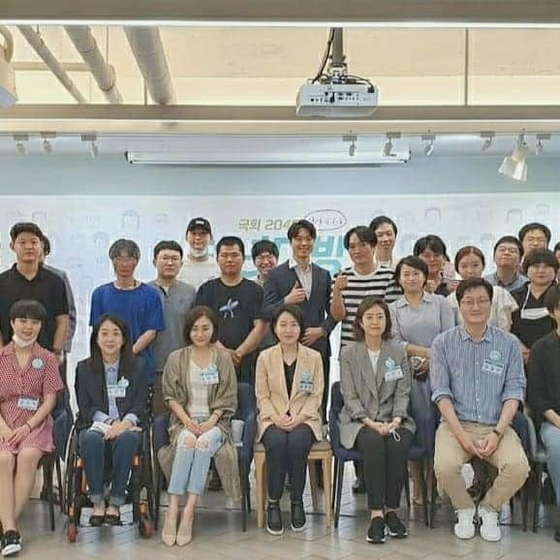 Ryu, on far left, in the same dress she wore to the Assembly's plenary session on Tuesday, poses for a photo with a group of other lawmakers that met Monday. [FACEBOOK ACCOUNT OF YOO JUNG-JU]


The current 21st National Assembly has the most female representation in the legislature's history, with 57 out of 300 lawmakers, or 19 percent, being women.

The vice speaker of the Assembly, DP Rep. Kim Sang-hee, is also the first woman to serve in that role.

Ryu said she does not understand why her dress is causing a sensation.

“I don’t know why I have to explain my choice of dress,” she told the Korea Economic Times on Thursday. “I will wear what helps me work best. The people want the Assembly to get their work done rather than adhere to formalities.”

Ryu has previously sported shorts or jeans at other plenary sessions of the Assembly.

Still, it isn’t the first time that a lawmaker’s dress code has created a sensation in Korea.

Seventeen years ago, Rhyu Si-min, then newly elected lawmaker, appeared in a black jacket and white pants to swear his oath of office in 2003.

Some 50 lawmakers took issue with his pants for what they called a lack of formality. They ended up boycotting the session and Rhyu had to come back the next day in a suit to take his oath.

Meanwhile, the dress that Ryu wore to the session on Tuesday, a product of Juicy Judy, a Korean company, had sold out online by Thursday. The dress’s cost ranges from 88,000 won ($74.24) to over 100,000 won in online shopping malls.