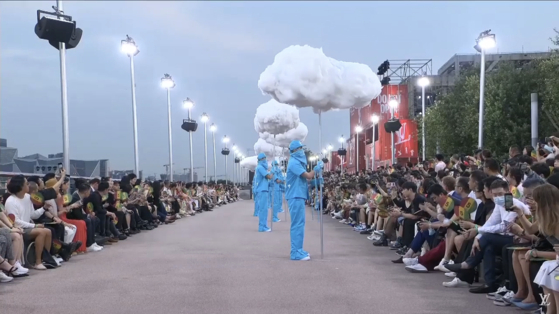 Songs from Korean indie band Hyukoh were used in the opening of Louis Vuitton Men's Spring-Summer 2021 Show in Shanghai on Aug. 6, the band's agency DooRooDooRoo Artist Company revealed on Friday. 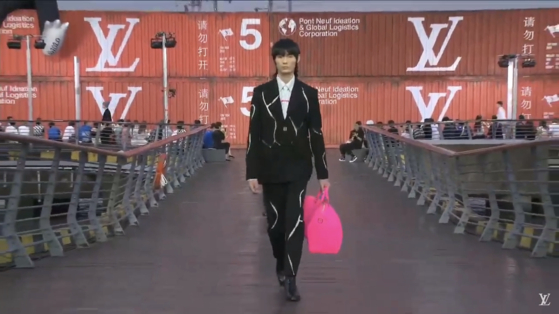 Hyukoh’s “Help,” “Silverhair Express” and “Hey Sun” from its English-language full-length album “Through Love” (2020) released in January were played consecutively as background music while the models strutted their stuff.
The menswear art director of the brand, Virgil Abloh, is known to be a fan of Hyukoh. When the album “Through Love” was released, he promoted the music on his Instagram with the caption, “You must listen to this.”
After the release of the album “24: How to find true love and happiness” in May 2018, the band proved their presence as a global band by successfully ending their world tour concerts in 41 major cities around the world.
Hyukoh was planning on a world tour dubbed “HYUKOH 2020 WORLD TOUR [through love]” with performances in 42 cities around the world in the first half of the year, but it had to be canceled due to the Covid-19 pandemic.
BY KIM YEON-AH   [kim.yeonah@joongang.co.kr]