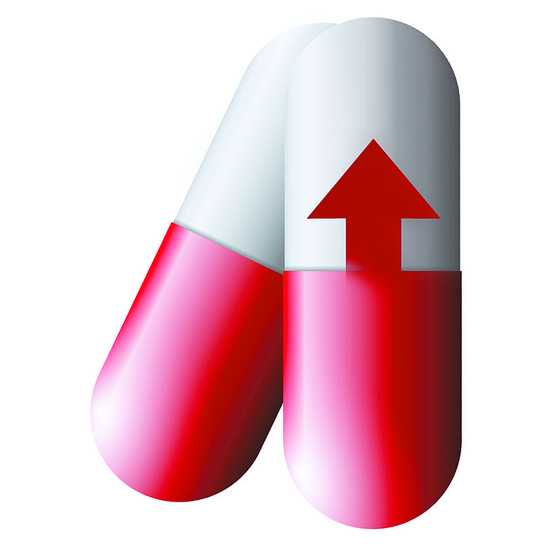 
Biopharmaceutical companies are flooding into the public markets, with eight initial public offerings (IPOs) this year and another 10 expected before the end of 2020, and investors can't seem to get enough of them.

The most notable was SK Biopharmaceuticals, which sold nearly 1 trillion won ($842 million) worth of stock in July in a deal that was over-subscribed 323.1 to 1.

Korea Pharma, a prescription drug manufacturer, went public on the Kosdaq on Monday and had a subscription rate of 2,035 to 1. The rate surpassed SK Biopharmaceuticals' record.

Celemics, a biotechnology company focused on DNA analysis, is one of the next in line, planning to go public on Aug. 21. In June, the company was approved by the Kosdaq Market Committee after its preliminary examination.

Celemics recorded a subscription rate of 1,203 to 1 during demand forecasting among institutional investors last Monday. The offering price was set at 20,000 won. Subscription for retail investors began on Monday and will end on Tuesday. In the IPO, 264,000 shares are being offered for subscription, 20 percent of the total. 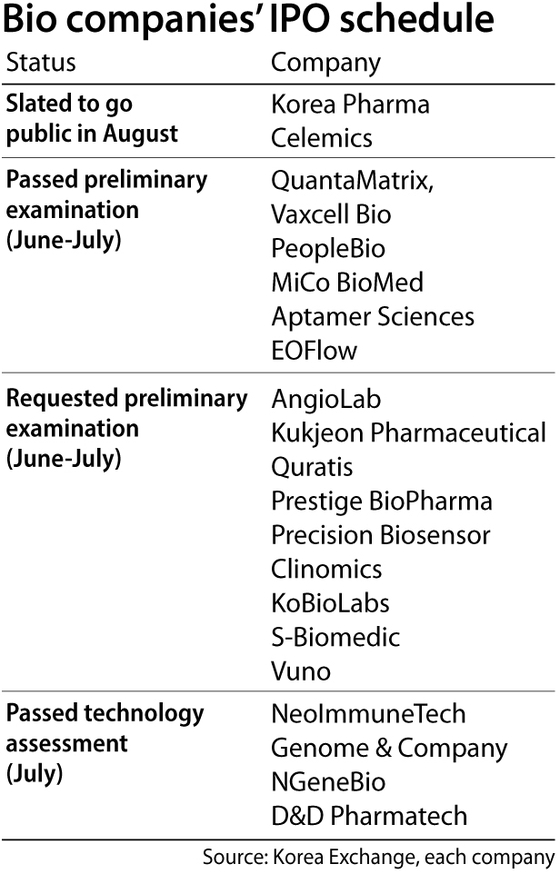 Five bio firms that passed preliminary examinations for Kosdaq from June to July are expected to go public starting in September. Diagnostic company QuantaMatrix submitted a registration statement to the Financial Services Commission (FSC) to file for an IPO on Kosdaq. The company is likely to offer subscriptions to retail investors in early September and go public mid-September.

Vaxcell Bio, a firm that specializes in cancer immunotherapy, will receive subscriptions on Sept. 10. PeopleBio, which became known for commercializing blood test kits, and MiCo BioMed, a firm transferring from the Konex to Kosdaq, submitted their registration forms recently.

Around 10 companies have requested preliminary examinations over the June-July period. Precision Biosensor, an in-vitro diagnostics (IVD) bio venture, KoBioLabs, a company specializing in the microbiome, cell therapy firm S-Biomedics and Singapore-based Prestige BioPharma are some of the firms that have made the requests. Once the registrations are submitted, the Korea Exchange (KRX)’s Market Committee and the applicants need to report to the FSC within 45 days of their eligibility status.

Several companies have passed the technology evaluation, which is the first step toward listing under the technology exception policy. The policy, which was implemented in 2005, lets companies with the technology and growth potential go public after technology assessment and recommendations of brokerage firms, even if they are not profitable. 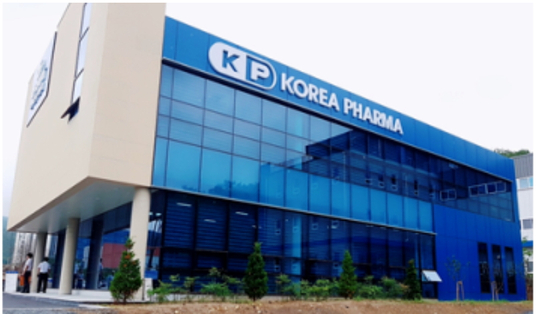 
According to KRX, 87 firms have gone public under this policy as of last year, 77 percent of which are bio firms. This year, Psomagen, the first foreign firm to go public under the policy, SCM Lifescience, Gencurix and Genolution went public under the technology exception policy.

“Lots of money has been flowing into bio firms, raising stock prices of most companies that went public this year. However, there are firms like Gencurix whose offering price went down,” said a researcher at a stock company who wished to remain anonymous. “Investors must be careful when blindly subscribing to stocks or investing in firms that went public under the technology exception policy, as internal risks may exist, as shown in the case of SillaJen.”

Biopharmaceutical company SillaJen has been under investigation for insider trading by top executives related to a failed Phase 3 clinical trial of SillaJen’s anticancer drug candidate in August 2019.