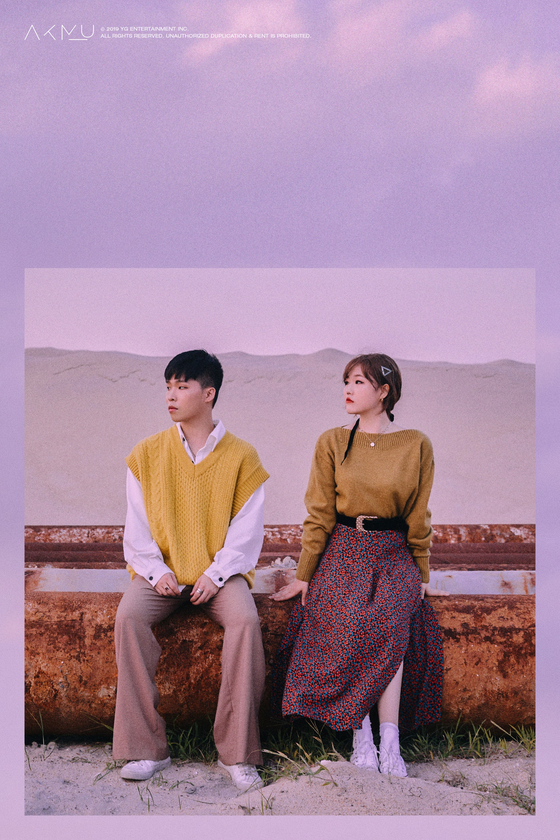 Sibling duo Akdong Musician (AKMU) will be releasing a new song next month, according to their agency YG Entertainment on Tuesday.

"AKMU plan on releasing a series of new music starting from September until the end of the year on three different dates," YG said.

AKMU have already finished recording the songs and they are currently in the process of filming three music videos, the agency said.

This is their comeback after their third full-length album “Sailing” was released in September last year.

AKMU's third full-length album, "Sailing," proved their growth as musicians with its lead track, "How can I love the Heartbreak, You’re the One I Love," as well as "Chantey" and "Fish in the Water."

"How can I love the Heartbreak, You’re the One I Love" swept the daily charts of local music services as soon as it was released, and set a record at that time for topping the Melon Daily Chart for the longest period, which was over a month.