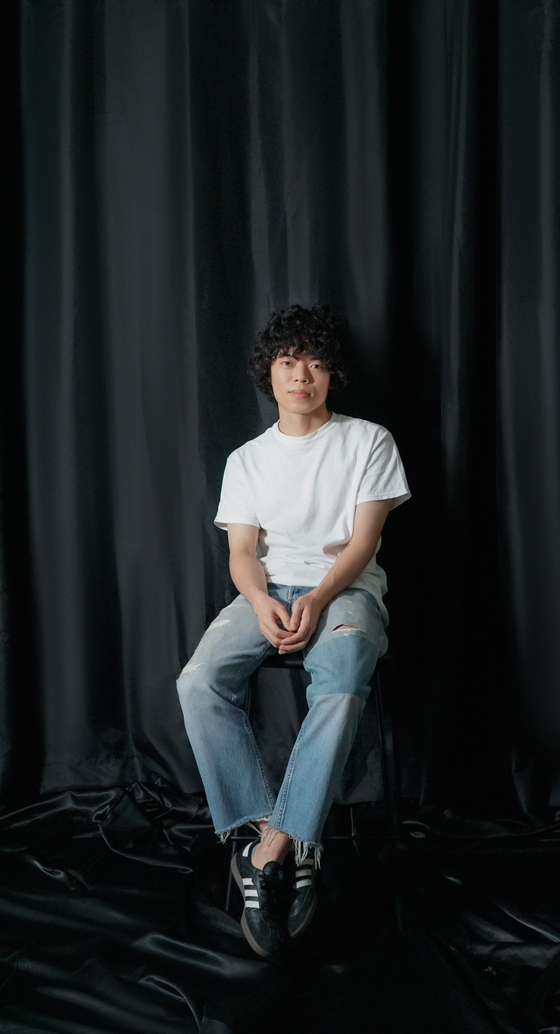 Singer O3ohn sits down for an interview with the Korea JoongAng Daily. [BYUN JU-YEON]


K-pop often conjures thoughts of acrobatic dance moves and bass-heavy hits performed by the many members of the boy bands and girl groups Korea has to offer, but the pool of talented indie singer-songwriters is just as rich and colorful as the sounds they create. Unlike many of the idol bands that perform songs written and produced by others, these singers take their music into their own hands and establish fan bases solely based on their songs. Through this series, the Korea JoongAng Daily will sit down with up-and-coming solo indie singers and learn the stories behind their lyrics, while also finding out more about their lives, loves and interests.


Powerful beats and exotic melodies will surely catch listeners' attention but do they have staying power? Softer sounds with calming melodies may be more easily found on playlists, especially the ones people play in the evenings to calm themselves before they fall asleep. Singer-songwriter O3ohn’s songs are perfect for those playlists.

O3ohn is a name familiar to indie lovers, especially people who look for serenity and peace of mind through music — and rightly so. O3ohn’s goal in writing both his lyrics and melody is to “make sure that there’s nothing harsh on the ears.” That goes for his music videos too. From his last official EP “Simple Songs” (2019) to singles “Loner” (2019), “Kalt” (2018) and his debut EP “O" (2016), slow and gentle sums up his vibe and he hopes this will mean that his work remains on people’s playlists for a long time.

“The thing I focus on most is making the songs comfortable to listen to,” he said. “I always try to write songs so the melody sounds comfortable both for me and the people who listen to them. So it can’t be too deep and I have to find it nice and comforting to listen to as well." 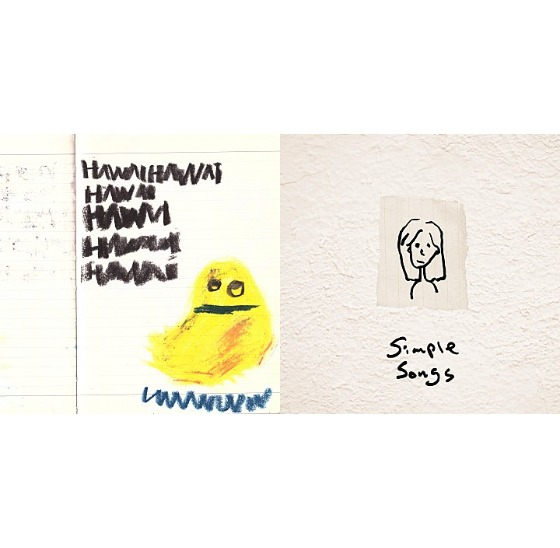 
O3ohn, pronounced O John, began his singing career in 2016 as the result of an unexpected chance encounter with musicians while serving his two-year mandatory military service from 2013 to 2015. He had always thought that people who made their own music were cool — but no more than that. He studied hard like most students in Korea and enrolled in the humanities department at a university, aiming to enter the workforce straight after graduating.

“I met with someone who made music in the camp,” he said. “It made me think a lot about how I wanted to make music as well. So I started right after I finished my service, but I didn’t have any specific plans. I just started making music and I was fortunate enough to release an album in 2016.” 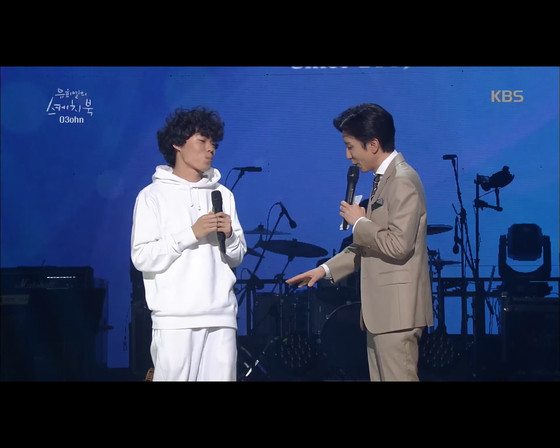 
While his first EP garnered him some fans, it wasn't until 2018 when his music really began to gain public attention after he appeared in two episodes of KBS music show “Yoo Hee-yeol’s Sketchbook.” His shy, yet honest and humorous remarks stole the viewers’ hearts on the ninth anniversary special episode of the show on April 29, 2018, and he was chosen as the No. 1 indie act to look out for among the other acts that also took part in the show, such as Lee Woo, Lee Bada, Say Sue Me, Yun DDan DDan and Adoy. He was given the opportunity to feature in another episode of the show, which he used straightaway to appear on the May 5 episode the week after.

“It was a big opportunity for me to be on TV and sing. It was the first time for me to be on such a big show with a lot of publicity where I got to show myself to so many people, and I was so nervous. But the feedback was a lot better than I thought and it made me feel really good. Some people recognized me afterwards and asked me if it was me on TV, and I said yes. They didn’t know my name, but I was still happy,” he said, laughing.

After working alone for three years, O3ohn signed his first contract with DooRooDooRoo Artist Company last year, joining famed indie acts Hyukoh, Car, the Garden and Idiotape and marking the start of another chapter for the singer. The Korea JoongAng Daily sat down with O3ohn to talk about his unexpected career moves and late start in the industry. The following are edited excerpts. 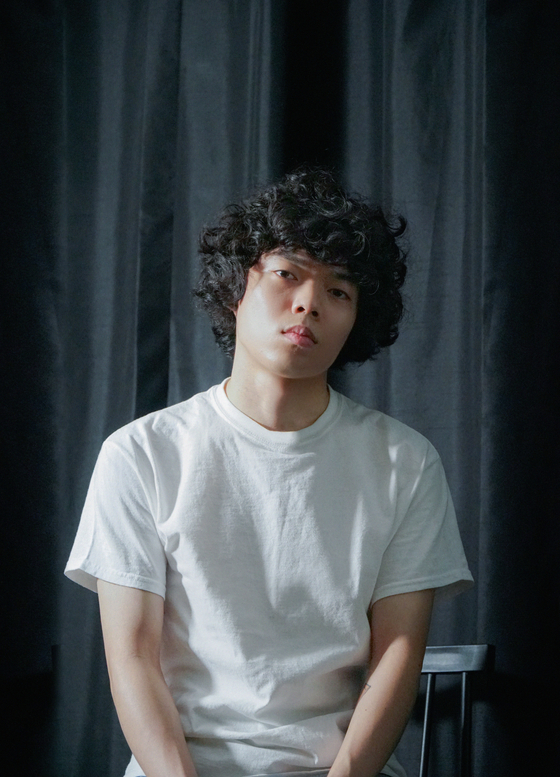 Singer O3ohn sits down for an interview with the Korea JoongAng Daily. [BYUN JU-YEON]

You started your musical career in your mid-20s, after initially pursuing a more common path. Were people around you surprised by your decision?


Definitely. I went to university and I was just planning on getting a job. I had no idea I would start music or any sort of artistic career — well, at least I didn’t express the thoughts. Singer Xin Seha is my friend from high school, and I've been watching him make music and perform since then. I thought that it looked so fun and that it would be cool if I could do something like that with him. My friends and family were very worried and questioned if I was rushing into this. I told my parents that I’d just try it for a year and it thankfully turned out well.

What was your goal when you first started?


At first, I just wished I could release one small album. After that, I wanted to put on a solo show. Little goals came one after the other. But right now, my goal is to have an album out — just like the goal I had in the beginning. I’m starting from scratch.


I hit a massive slump at the end of last year. I didn’t really show it, but I just couldn’t work. I felt so confused and I was afraid of making the next album. I felt pressured and totally let go of my work. I think I was scared of failing. What if I wrote my songs and I didn’t like them, and nobody else liked them? I couldn’t get myself to start because I was so worried, but that situation actually motivated me in a different way. I was determined to make something so good so that I could break free of this slump and satisfy myself, and that eventually gave me the energy to get back in the game. 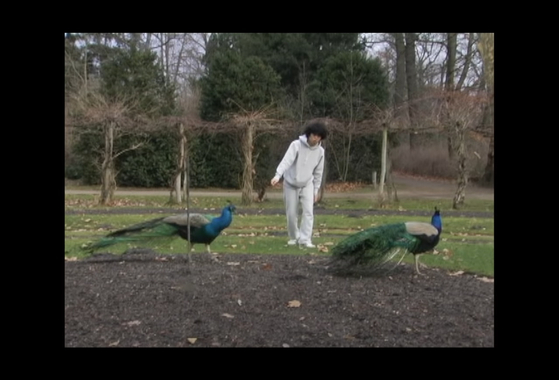 
Would you describe yourself as a positive or negative person?


I do have negative thoughts often. A lot of my thoughts are quite calm and even dull. But that’s when I’m on my own. When I’m with other people, I think happy thoughts and have a bright energy. And that was the mood that I went with for the songs in “Simple Songs.” But that didn’t turn out well. My first album is quite depressing and I think a lot of people remember me for that. But I am a person with a bright side, like “Simple Songs.”

Does that mean that your singing persona is similar to your actual self?


I would say so. I think of myself as quite bright, but a lot of people get the opposite first impression of me. But I am really playful. People assume that I would not talk much and be calm, but I break out of that mold once they get to know me. I know that perfection isn’t easy, but I tend to get picky when it comes to my work and try to make it perfect. But outside of music, I’m easygoing and I like to stay away from stress.

Staying away from stress is actually the one thing that I think is the most important, and I keep little habits to do so. I see and hear a lot of things that get on my nerves when I get sensitive, and when I see that in my music, I try to get rid of all of that — in both the instrumentals and the lyrics. I ponder on each word and note to make sure that the song doesn’t make the listeners uncomfortable. The goal is to make the lyrics seem like they were written without much effort, but the more you look into it, you find traces of hard work.

Do you read the comments about yourself on the internet?


Yes, regularly. There are people who leave very short, but meaningful comments and there are some people’s names that I recognize from years ago. 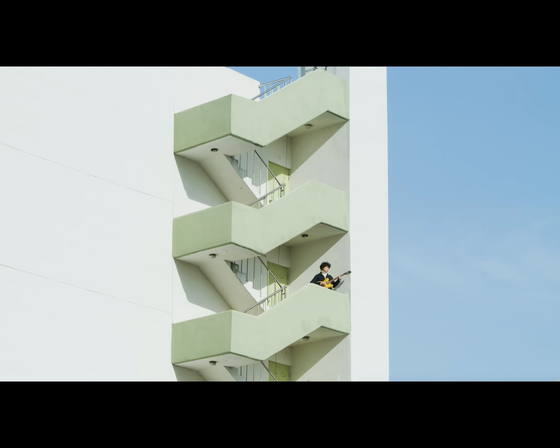 
Have you come across a comment that described your music as “magical”?


I think so. There are quite a few English comments and I love them.

I really like the word fantasy. I like to listen to music before I go to sleep, and there are some albums that let me draw a clear picture of a scene or an image. I like it when people say that they do the same with my songs, and I think words like magical and fantasy describe that.

How have things changed since you signed with your first agency?


I used to work without any plans. I just started a song when I came up with something and I worked on every detail on my own, which means there was no telling what was going to happen or when. But now that I have a team, I have to work with them and I’m getting a lot of help. I think it’s good to have specific plans, and I have to work according to a schedule. I’ve become much more efficient as well. I’m working on the songs for the new album and I’d like to have a full-length album before the end of this year with as many songs as possible.

What do you have in mind for the next album?


I’m really attracted to the therapeutic side of music these days. Music has the power to heal and calm people’s minds and I find that very charming. I also like writing a song with a story. For instance with “Annabel” (2019), it’s about trying to win the love of a fictional character called Annabel, and “Good Guy” is about a nerdy guy almost stalking his secret lover. I think I had fun coming up with the stories and writing the lyrics for those songs.

Music wise, the album is going to be about nature and taking care of it. It’s not an environmentalist movement or anything, but I’m going for a more natural and acoustic sound. It’ll have acoustic drums and classic guitars instead of electronic sounds, and I'll also put the focus on my voice.

What long-term goals do you have?


I would like to keep working and be remembered by people. I’d like to try other things as well. I want to try something other than music, but I don’t know what. I’d like to try new things and travel to new places and experience different things.

I did think about compiling the stories I wrote for the songs and writing a book. But it turned out to be really difficult. So I’m writing short things — not exactly poems — but I’m just keeping them to myself just in case I get to use them someday.