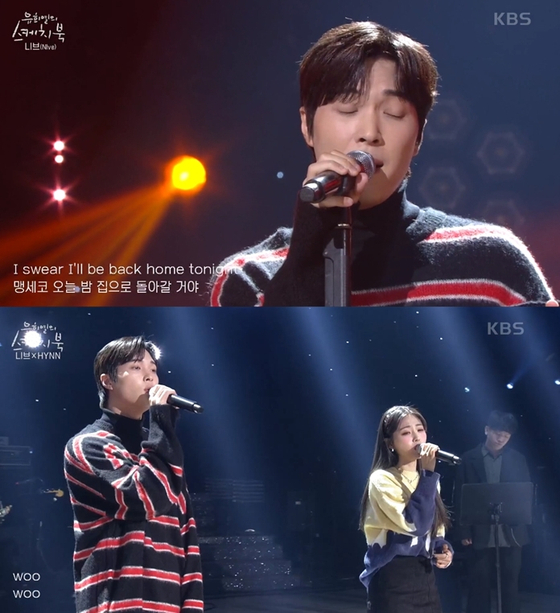 
KBS’s late-night music program “Yoo Hee-yeol’s Sketchbook” posted an apology on its official Instagram late Tuesday night, admitting the host and singer-songwriter Yoo Hee-yeol introduced BTS’s “Blue & Grey” as if Korean singer-songwriter NIve was the original composer of the song during the recent episode of the show on Jan. 8.

NIve appeared on the music show on Jan. 8, and after singing “Blue & Grey,” he and Yoo sat down to talk about the song.

Though the credit in the subtitles during NIve’s performance clearly stated all artists’ names as the song’s composers, during the interview, NIve and Yoo conversed as if the song was originally NIve’s, creating confusion and anger, especially among BTS fans. 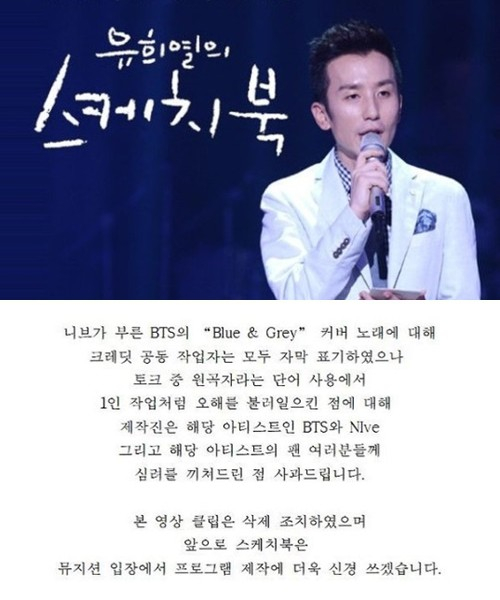 
“Yoo used the word ‘original composer’ when introducing the song, creating confusion and misunderstanding that the song was written by one person,” the apology stated.

“We apologize to BTS, NIve, and to the fans for causing concern. The interview video clip has been deleted, and going forward we will work harder to become a show that pays more attention to the musicians’ point of view.”