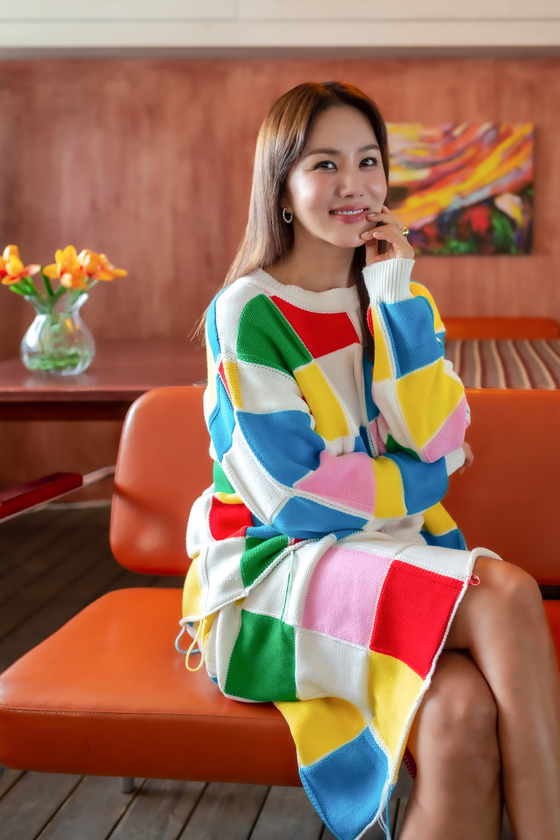 
Uhm Jung-hwa was obviously nervous during the press screening of her film “OK! Madam” on July 3 — which was surprising considering her experience in the entertainment industry as both a singer and actor.

But she has been absent from films for quite a while — in fact it's been five years since she last portrayed a lead role in a film.


“If I had low expectations for the film, I would have just given up [and not cared],” Uhm said in a recent interview at a cafe in Samcheong-dong in central Seoul. “But all of us [the cast and the crew] basically just had so much fun making this film together, and our attachment for the film grew. Due to its genre, it’s crucial that the public loves it, so it made me more nervous [than I was before].”

In this comedy action film, Uhm features as Mi-young, an elite North Korean agent who abandons her title and starts her own family in South Korea. When the airplane that she and her family are on gets hijacked, however, she unleashes her fighting skills for the first time in 20 years to save the day.

“One of the reasons I wanted to get an early start on my action training — even before the film production was finalized — was that I wanted to emit an aura of an [experienced] fighter whose reflexes are just inherent, natural,” Uhm said. “I grew so worried that I wouldn’t have that feeling.” 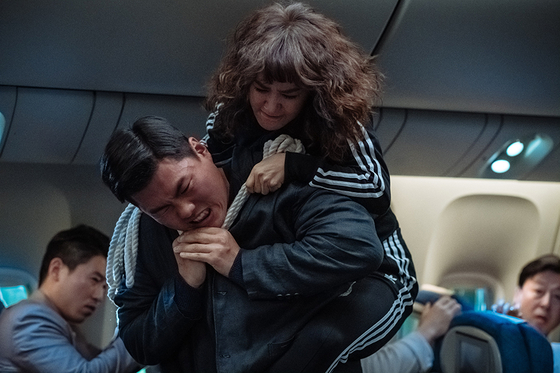 Uhm Jung-hwa as Mi-young, a once-elite North Korean agent who was living happily with her family until their plane gets hijacked by North Korean terrorists. [MEGABOX PLUS M]


Although action schools are quite notorious among actors for their intensive training sessions, the actor says that she enjoys overcoming the obstacles.

“The training itself was hard, but I enjoyed it,” she said. “I actually wanted to go [to the school] every day but took into consideration that it hadn't been decided whether the film was actually going to be made or not, so I just went there three times during a week.”

Her answer was similar when asked what her standards are when she selects which films to feature in. 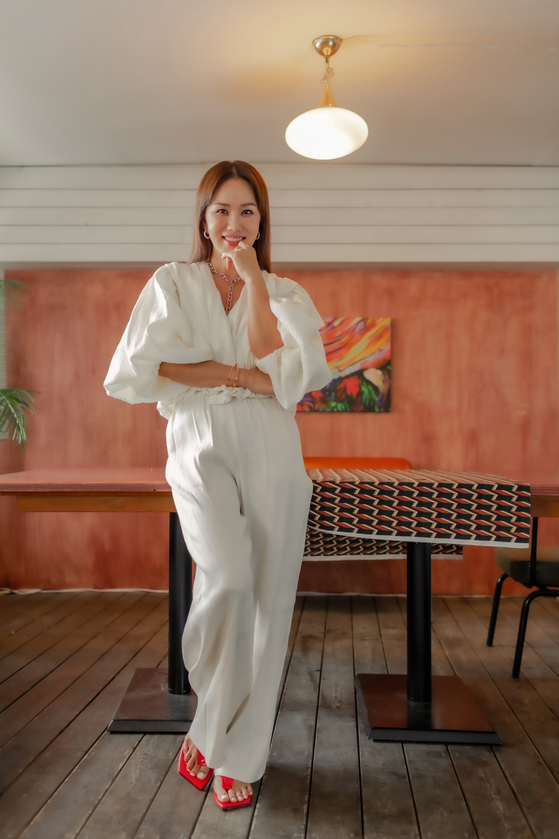 
“There is no set of criteria, but I am drawn to more difficult ones,” Uhm said. “I want to achieve whatever I think is going to be hard, and I realistically measure it out with how well I can portray this character. But [what I can say] is that it’s definitely not about genres.”

The reason behind her long absence lay partially in the lack of scripts coming to her.

“There aren’t that many scripts nowadays,” she said. “I spend longer just waiting for one, and even if there are scripts that I like, they may disappear if it doesn’t get enough investment — which is why premiering films should do well, so more films can be invested to go into production. I’m also open to independent films. I’d like to try everything, anything that I can.” 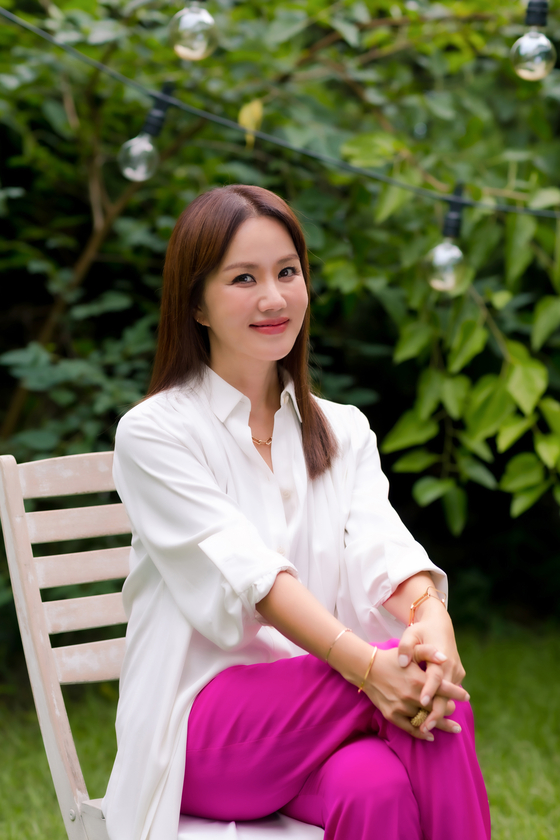 
Uhm’s singing career has been on pause since her last EP “The Cloud Dream of the Nine - Second Dream” was released in 2017. When asked whether or not she misses the stage, the actor took a while to ponder her answer.

“I always miss it,” she said. “But sometimes I think [my enthusiasm] is less than before, when I made the album,  because I really missed performing on stage. But I like to think that I can make an album whenever I want to. But in order for ‘whenever’ to happen, I have to be ready.”

Aside from wanting to feature in more films, the actor says that she’s pretty content with where she's at in life.

“There’s nothing special going on, but it’s not been long since I’ve learned to appreciate my daily life,” Uhm said. “Before, I didn’t. I used to be unable to bear that slow passing of time. [But nowadays] one of the joys I feel is that after one project is over, I can relax and enjoy.”

The actor hinted that she might even become a YouTuber. She already has several videos she’s recorded. 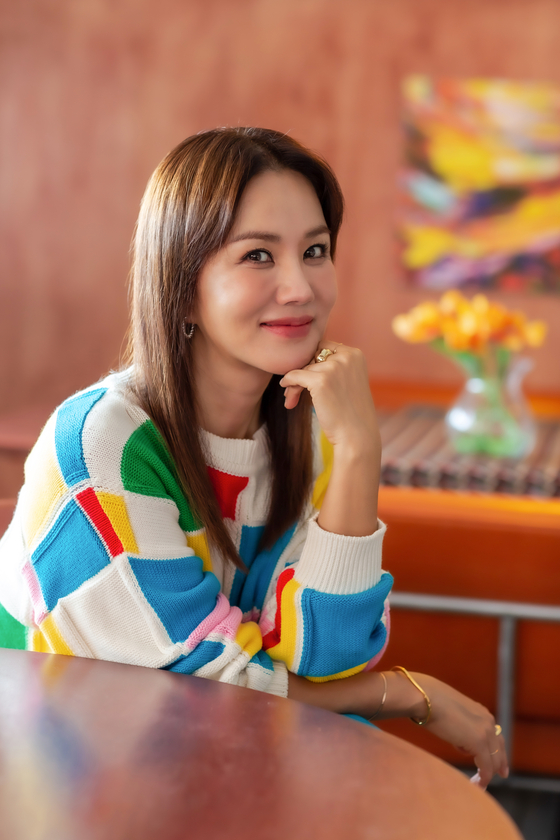 
“They’re just videos about me,” she said. “I don’t have specific content. I go wakesurfing nowadays and just film things. Videos are much more vivid than just looking at pictures. But I still have to learn how to upload them [laughs].

“It would be great if I’m continuously given jobs that I love — there’s really nothing better than that,” Uhm said. “But even though the waiting part is prolonged, I can now enjoy that part too. I’m relieved in a way that I've learned to do that. If not, I think I would have made myself very miserable.”

Surfing, yoga, exercise, traveling — these are what occupy Uhm’s schedule these days. The actor said that she actually learned the value of waiting through surfing.

“The time I feel passing by when I’m in the sea is something else,” Uhm said. “I can look back at my life, and just slowly learn to enjoy having time for me.

“It may be exhausting to be waiting, but it’s something else to fill up my days with other things that I love to do,” she continued. “I haven’t grown comfortable about these blanks — I’m always on the lookout for what I can try out next, what I can portray and good stories — but I’m ever so grateful that I can enjoy my days. It’s pretty recent, something that I realized after [my last film] ]'Wonderful Nightmare' (2015).”