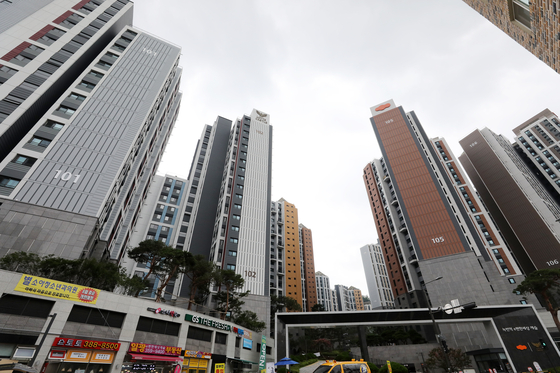 
With the average jeonse price in Seoul millimeters from the 500-million mark, people are taking to the streets and claiming the government is forcing them into rent servitude and denying their rightful place as members of the propertied class.

According to the data, the average jeonse for an 86.95-square-meter apartment in Gangnam District was 849.4 million won. Seocho came in second place, at 775 million won.

In the case of Songpa District, the jeonse price for the same size apartment was 578.4 million won.

With the rise in real estate prices and never-ending real estate measures from the government, protests are spreading like wildfire. 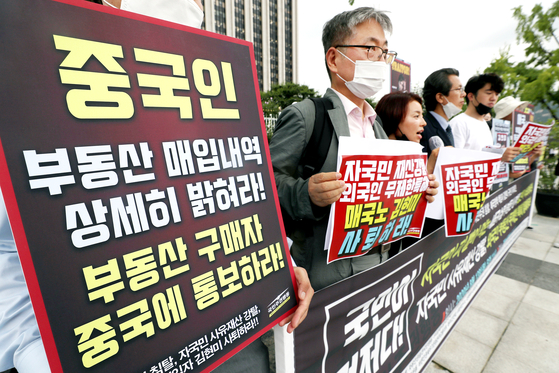 A civic group stages a protest Thursday in front of the administrative building in Gwanghwamun, central Seoul. [NEWS1]


Civic groups gathered in front of the government's administrative office in Gwanghwamun Thursday demanding President Moon remove Land Minister Kim Hyun-mee from her post. Their criticism was strong, calling the real estate measures a failure. They also urged the government stop coming up with more, claiming that the real estate measures have created many innocent victims.

“They are nothing but a political ploy that goes against market principles and are ineffective in helping the lower classes. The government wants to turn everyone into rent migrants so that more people become their core supporters,” said one participant at the event.

Another participant mentioned how torn younger people are to hear the government promote the monthly rent system over living in a jeonse flat and asked if the administration will be “happy to see everyone in the country live as tenants in government-owned rental apartments."

Three civic groups in protest of the government's real estate measures throw their shoes up in the air at a demonstration held in Yeongdeungpo District, western Seoul, on Aug. 1. [NEWS1]


This is not the first such demonstration. Groups of people have been amassing regularly since June 17, when the government announced one of the strictest real estate measures in history.

They have held candlelight vigils, marched on the streets and even thrown slippers at a mock-up President Moon Jae-in's office chair, furious that the government is deaf to their demands.

A total of five such protests — three protests in Guro District and Euljiro, central Seoul, in July, and two in August in Yeouido, western Seoul — were held this year.

Three conservative groups have registered to stage a demonstration in Seoul on Independence Day, which falls on Saturday this year. In response, the Seoul city government announced Thursday an administrative order banning any demonstrations from being held on the national holiday due to coronavirus concerns.

The fight has continued in the online world.

People who oppose to government's real estate measures have been forming online communities with like-minded others. A total of six communities, some with more than 13,000 members, have formed on Naver as of Thursday.

Nothing to see here