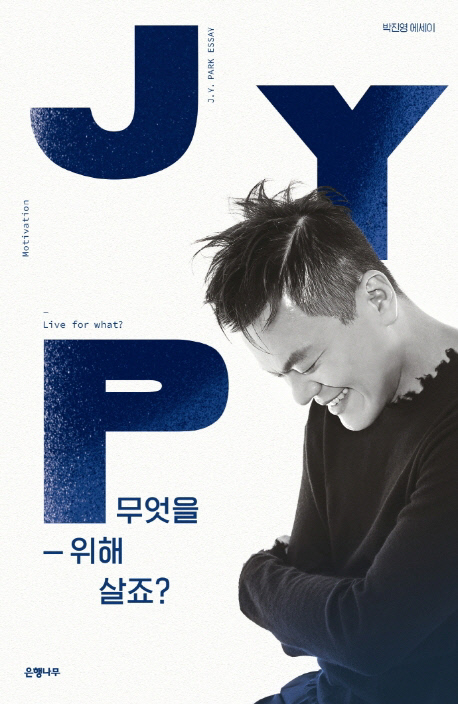 
Singer and producer Park Jin-young, also known as JYP, thanked his fans and expressed his excitement on Instagram after his new essay book “Live For What?” topped the bestseller list late Thursday night.

“Wow... Thank you,” the singer wrote, “[I] didn’t work with any writer, but wrote every single letter personally because I hoped my heart could truly reach yours. That’s why it’s so touching to see that you guys are willing to read it. Thank you once again.”

Park’s book, which was released on Aug. 12, became a bestseller on major book selling sites as of Thursday night. The essay book tracks Park's life and career as he finds "the true answers to life" as a human being. In the book, he talks about his recent religious and philosophical ideologies and spiritual enlightenment, together with stories from his childhood and how he went through so many twists and turns in his life to finally become a successful singer and producer.

"Live For What" is not Park's first book. His debut as an author was in 1999 with an essay titled, "I'm Sorry," which talked more about his experiences with love, relationships and music.

"I hope this book can console those who feel futile, lonely, anxious and scared and especially those who want to give up on their lives and give them a true purpose to live," he said.

Park also released a duet "When We Disco" with Sunmi on Aug. 12.