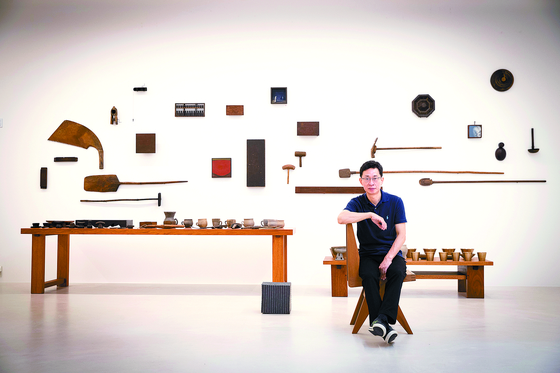 
People become collectors by amassing rare items for either pleasure or profit. Starting from something common like action movie figurines to something as pricey as classic cars, collectors find pleasure in getting their hands on the rarest items they can find. But such rare and precious items for certain collectors aren't always of value to others.

For Park Young-taek, an art critic and science of arts professor at Kyonggi University, many would consider his collections as just miscellaneous items found in everyday life. But for Park, his “exquisite collection” of items of the past, are valuable treasures that a price can’t be put on.

“Whenever I visit any antique shop around the country, I can never leave when I see something that is just so beautiful,” Park said.

To show off his vast collection of traditional items ranging from bowls and plates to an old rice cake mold used during the Gaya Confederacy (42-562), Park recently organized an exhibition “Preference & Captivation III: Exquisite Collection of an Art Critic,” which came to an end on Aug. 22 at the 2GIL29 Gallery in Sinsa-dong, southern Seoul. 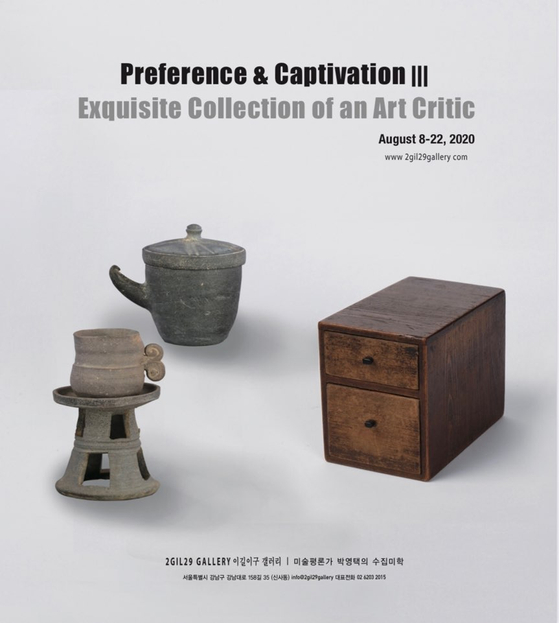 
Collecting daily objects has been Park’s hobby for quite some time. In 2012, he published a book entitled, "Collection Aesthetics: The secret voices of things that speak to the art critic" (translated), to share how he started to collect a variety of objects, ranging from The Simpsons character dolls to ear picks, nail clippers and hand lotions that are commonly found in everyday life. After starting with such miscellaneous modern items, Park turned his attention to antique goods 10 years ago after getting hold of some ancient pottery.

"One day I went to one author's studio and saw a piece of pottery from the Gaya period 1,500 years ago. At that moment I was amazed by antiques and started collecting ancient goods. I always liked the little things, but I never thought of collecting them because I was afraid collecting ancient items would cost a lot of money. But when I heard that they cost about 200,000 won to 300,000 won [$168 to $252] per piece, I thought I could handle that. Since then, I've been all over the country, collecting antique pieces one by one." 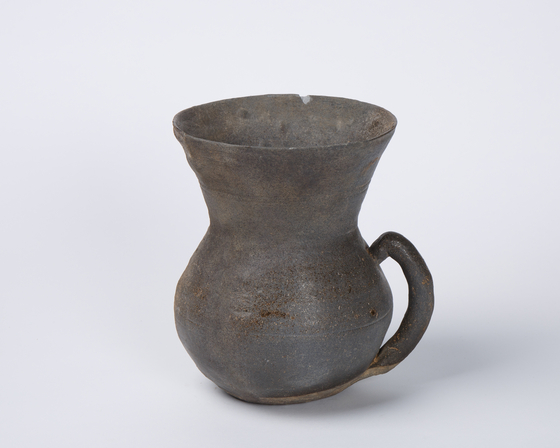 A piece of pottery from the Gaya Confederacy (42-562) collected by Professor Park Young-taek. [2GIL29 GALLERY]

“First, cups with handles are unique to Gaya earthenware because those in China or Japan do not have handles. It’s a unique design that is found only in Korea which is so similar to the cups we use in modern times. Second, because they are all handmade, even earthenware with the simplest design differs from piece by piece.” 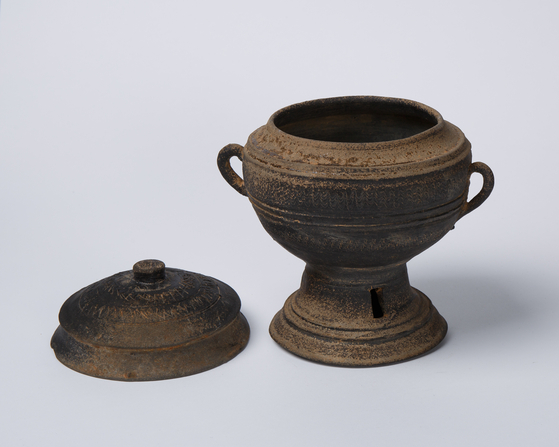 
The reason that he collects straight-line patterned tteok-sal, or traditional rice cake mold, is because of its modernity.

“Unlike the flower-patterned designs commonly seen in tteok-sal, I was more drawn to the simplicity in the ones with straight-lined patterns. After buying one, I happened to collect about 100 of them for their simple and modern designs. Now that I think of it, more than 100 pieces of tools such as onggi, awl and bamboo planes were all collected because I was drawn to the aesthetic quality of the handmade goods.

"It is the human hand that creates or draws something, and no one can replicate the same hand movements over and over. Western paintings and Oriental paintings have different brush strokes. In the end, the beauty of art is determined by those who can make a decisive touch."

Last year, Park published a book titled, “Beauty of Antique Collections — Our antique goods that came to an art critic” (translated) that introduces 60 of his most cherished items that he has ever collected.

"One of my acquaintances who visited the National Museum of Korea 1,000 times said that you start to notice good works if you repeatedly see the works that are historically recognized.

“Japanese antique shop clerks get trained to look at the same jar surface for a month. The next month, they are given another jar. After spending so much time on each jar, then they can sense the difference between the two jars. If you look at one item on and on until you imprint it in your head, you will start to notice what stands out in each work by creating your own standard as a collector.”

Park advised that writing down the day's best item with reasons after every visit to museums, art galleries and antique shops also helps in developing collector’s insights.

Park emphasized three things to keep in mind to become a good collector.

"First, gather something that has value. Collecting bottle caps is fun by itself, but it is not very meaningful in terms of art history or value as a collection. Second, pursue something that has a certain level of completion, like art. Third, do not dwell on numbers. It's not important to collect 100 or 1,000, but it's important to collect 10 really outstanding items. You should have a habit of sorting out the best ones.

“As an art critic, I appreciate every work that I happen to see. Old items I collect may not be valuable cultural assets nor have higher future value. But to me, they are always attractive by their forms and make me think a lot and want to write down my feelings. This appreciation is my happiness."