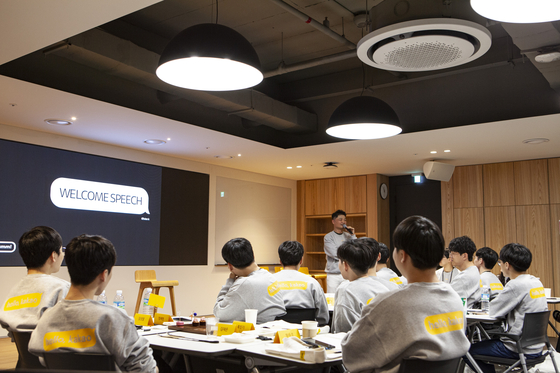 Despite the ongoing Covid-19 crisis, internet giants Kakao and Naver plan to hire hundreds of new employees this year.

Companies with "untact" businesses or work cultures — that do not involve contact between humans — are doing much better than other businesses suffering through the Covid-19 pandemic. While major conglomerates are reducing new hires, untact companies such as Kakao and Naver are scrambling to find new talent.

The recruitment process is under a so-called blind hiring system — the academic backgrounds, ages, addresses and photos of the applicants are excluded from résumés.

Applicants to Kakao must take two types of online coding tests. Anyone can apply for the first coding test by simply registering their name, email address and phone number on a particular page of its website.

Kakao is accepting applications through Sept. 7 at 7 p.m. Actual hires will be announced by the end of November.

“As it was a blind hiring system, the company hired people based on their experience and capabilities instead of their so-called specs [quality of their schools, GPAs, family status and achievement certificates often used by job applicants]," said Lee Hui-joon, an employee of Kakao who was hired in last year’s recruitment drive.

Rival Naver plans to hire some 200 new employees this year.

According to Naver, the company held an online briefing session for its recruitment process on Aug. 21 and is planning to accept applications at the beginning of September. Applicants will take an online coding test at the end of September and candidates who pass the test will have a final interview by the end of November.

Four affiliates of Line Corporation, a Japanese subsidiary of Naver, including Line Plus and Line Financial, also started recruiting on Aug. 24.