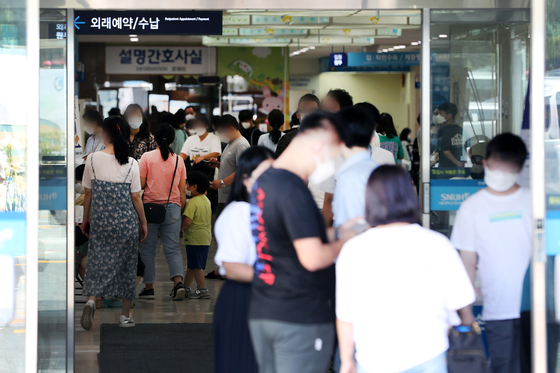 People flock to the Seoul National University Children's Hospital in Jongno District, central Seoul, on Tuesday, a day before a three-day doctors’ strike is set to kick off Wednesday — an event that may impact major general hospitals’ ability to receive patients and operate emergency rooms. Doctors will hold a second general strike through Friday to protest the government plan to increase medical school admissions, a move which has been strongly condemned by the Korean Medical Association. [NEWS1]