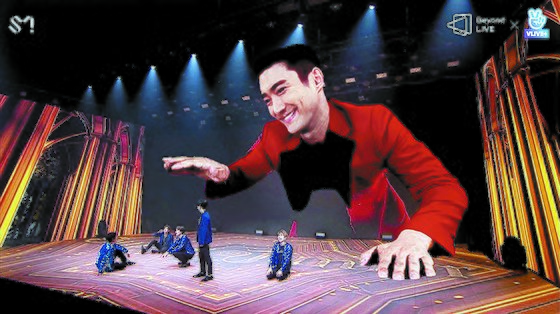 The 3-D image of Choi Si-won from boy group Super Junior during a Beyond Live concert in May. [SK TELECOM]


As necessity is the mother of invention, Covid-19 might end up being a driver of innovation in the music world.

Performers are getting more enthusiastic about AR, which gives viewers a front-row seat from their handsets, as they see the pandemic lasting a long time and socially distanced and virtual concerts a sorry replacement for the real thing.

Seerslab on Tuesday introduced a live-event streaming platform called Fanbox, which connects fans globally with celebrities and performers. People don’t need one of those clunky headsets. They can watch the shows on their handsets.

Boy band AB6IX plans to hold a concert through Fanbox on Sept. 12.

“When offline events are being canceled and postponed amid the coronavirus outbreak, I will try to send various genres of live performances, such as plays, musicals and conferences, all over the world,” said Chong Jin-wook, CEO of Seerslab.

In June, mobile carrier LG U+ introduced a new “ARtist” section under its U+ AR mobile app that allows users to enjoy AR concerts with their smartphones.

Through ARtist, users sitting at their desks or on the go are able to watch an artist perform, and they can see them from all angles. Performances by many popular singers, including boy brand Super Junior, girl groups Oh My Girl and Apink, indie band BOL4 and rapper Changmo are available.

Since first being introduced in June, the AR concerts have been offered for free on LG U+’s app for the mobile carrier’s subscribers.

“Viewers who use ARtist with [LG U+’s] AR glasses can experience their favorite artists [perform] in front of them in their actual sizes,” said an LG U+ spokesman. 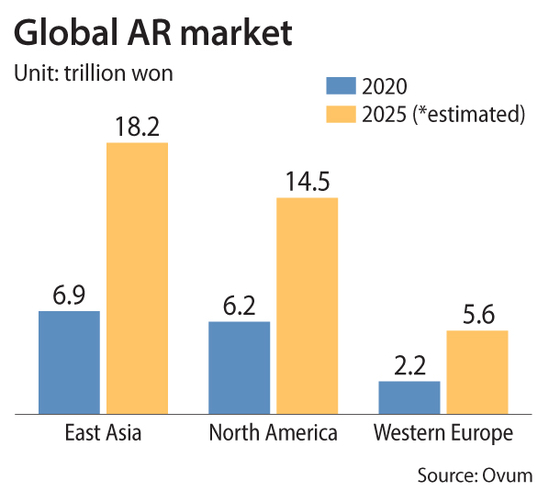 The local entertainment industry is favoring AR technology over virtual reality (VR) because it is easier to experience.

“VR seems more effective for people who wish to experience a virtual world more similar to their experience in the real world,” Kim Hoe-jae, a researcher from Daishin Securities, said. “Producing VR-based content is fraught with difficulties as it needs devices specially designed only for VR content.”

“AR, on the other hand, is easier to create and is also available on smartphones,” Kim added.

In April, Naver, in partnership with SM Entertainment, introduced Beyond Live, an online streaming concert service. Beyond Live not only streams concerts online but also provides additional digital content, such as live chats between stars and fans.

The first Beyond Live concert was held on April 26 by SM Entertainment’s boy band SuperM, and some 75,000 tickets were sold globally.

Applying SK Telecom’s AR technology to the Beyond Live service, SM Entertainment was able to provide viewers a different level of online performance. In another Beyond Live concert held by Super Junior in May, a huge three-dimensional image of a band member was added in the AR stream of the event. He moved naturally just like a real person and talked for about 30 seconds.

Naver Z collaborated with YG Entertainment to create 3-D images of characters for Blackpink. Naver Z’s avatar service Zepeto offers four characters based on the four members of the girl group. Users of the Zepeto app can see the characters sing and dance, and they can take pictures with the character. 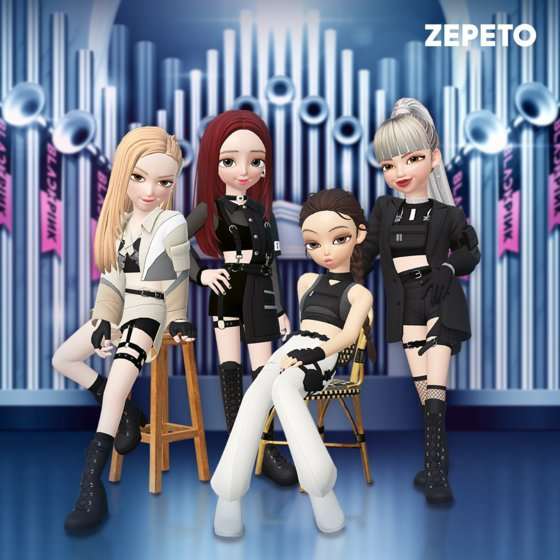 The 3-D avatars of girl group Blackpink created by Zepeto.[NAVER]


Amid the Covid-19 pandemic, AR-based content is likely to boom and become the next big thing in entertainment industry.

“Despite ongoing struggles of the entertainment industry due to the coronavirus outbreak, cooperation between Korean entertainment companies and ICT companies will bring us a new and global business model,” said Moon Hyung-nam, business professor at Sookmyung Women's University.