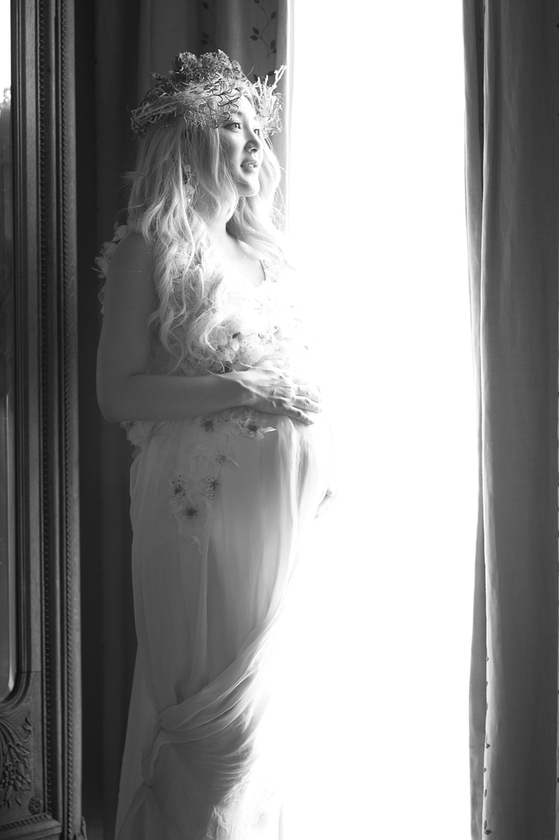 Bada, a former member of girl group S.E.S., is pregnant with her first child. [WAVE NINE]

Bada, a former member of girl group S.E.S., is pregnant with her first child, she announced on her official fan club website on Monday.

Bada posted a photo of a handwritten letter to her fans on her official fan page on Monday, saying she is expecting her first child around September.

"Just like me, the baby is growing well and strong," she said. “I’m always thinking of you [fans] during this pregnancy, so please keep me in your prayers.”

"Bada is focused on her prenatal education, waiting to give birth to her precious child with gratitude,” her agency Wave Nine said.

Bada debuted in 1997 as the leader and main vocalist of the girl group S.E.S. with the album “I’m Your Girl” and released numerous hit songs, including “Show Me Your Love” (2000) and “Just a Feeling” (2002) before officially disbanding in 2002.

Bada released her debut solo album “A Day of Renew” in 2003 and continued to release new albums as a solo artist. She also participated in the original and Korean versions of stage musicals including "Carmen," "Notre-Dame de Paris" and "Legally Blonde" as a musical actor.

After getting married in 2017, Bada actively carried out her career by holding her solo concert for the 20th debut anniversary “Twenty Steps” in 2017 and releasing a new song “Off the Record” last year.

“I plan to work even harder after giving birth to my child, so please continue to love and support me in the future,” Bada said.