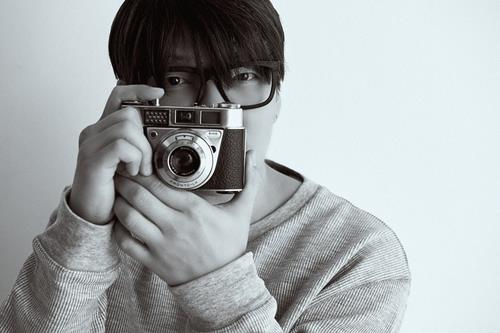 
Singer-songwriter Ra.D’s last album as a vocalist, "Ra.D," will be released on various music sites at noon on Tuesday, his agency Real Collabo announced on the same day.

The 14-track album will consist of two tracks with new sounds — intro track “Correction” and lead track "Because of You." The rest will be polished versions of his existing songs such as "I'm In Love" (2008) and "Mom" (2008).

The intro contains Ra.D’s agony as an artist since his third album “Soundz” (2014), while the title track expresses his love for his son.

"We have produced a physical album so that fans can have precious memories with Ra.D,” Real Collabo said. “There are various goods such as stickers and a booklet, so please look forward to the album."

Ahead of the release, Ra.D announced he will be quitting his singing career to focus on activities as a vocal and session director, recording and mixing engineer, and a producer.

Ra.D I'm In Love Mom Because of You Correction