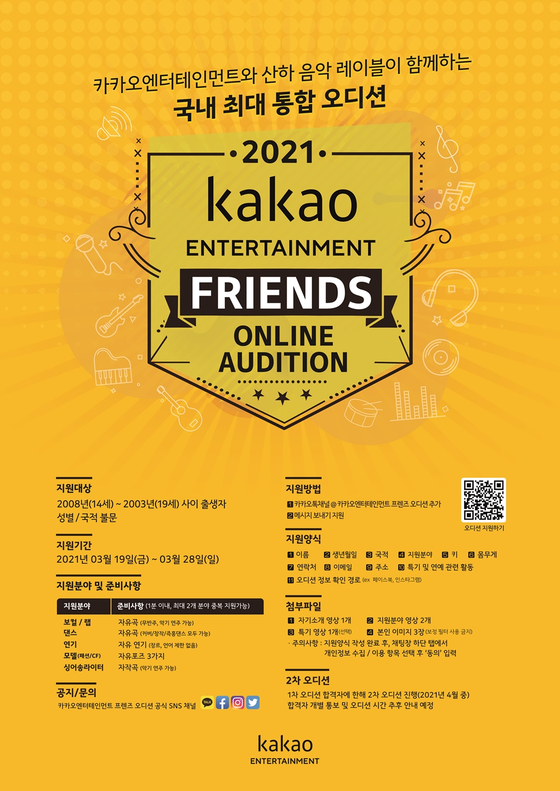 
Kakao Entertainment will hold an online audition for people with talents in singing, acting or any other field of entertainment, to join the army of labels under the company.

Anyone born between the years 2003 and 2008 can apply regardless of gender or nationality. Submissions can be made in vocal, rap, dance, acting, model and songwriting. The first round of auditions will take place online due to Covid-19.

Applications begin today and run until March 28. More details are available on Kakao Entertainment's official channel on the Kakao Talk chat app and the audition's official accounts on social media.