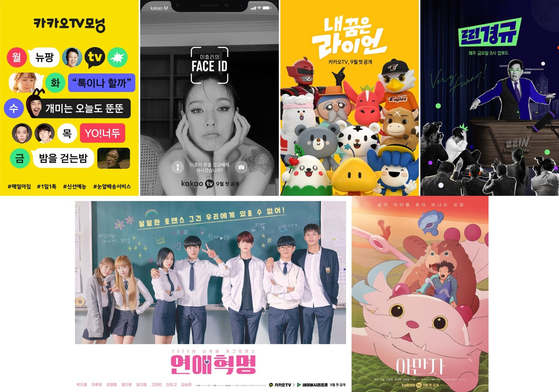 Kakao acquired LOEN Entertainment in 2018 and renamed it Kakao M.

Kakao TV, which can be accessed via the Kakao TV app or within KakaoTalk under the "#" tab, reached 3.07 million subscribers and accumulated views of 30 million as of Sept. 21, just three weeks after its launch.

Kakao TV has released three web drama series and 10 television shows. It plans to produce six dramas and 19 entertainment shows by the end of the year and more than 240 original series in three years. 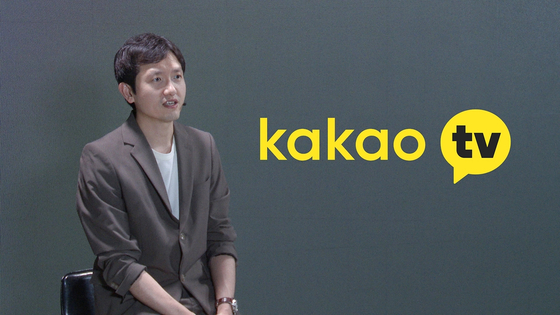 “I think we are having a good start,” Shin Jong-su, director of the digital media content department at Kakao M, said. “We need some more time to raise public awareness and let the audience adapt to our new service. However, KakaoTalk is an instant messenger app used by the entire nation, so Kakao TV, which is available within the KakaoTalk app, will be more accessible than other competing OTT services. The advantages of being offered within the KakaoTalk app is that users can watch and share content while chatting on the messenger app." 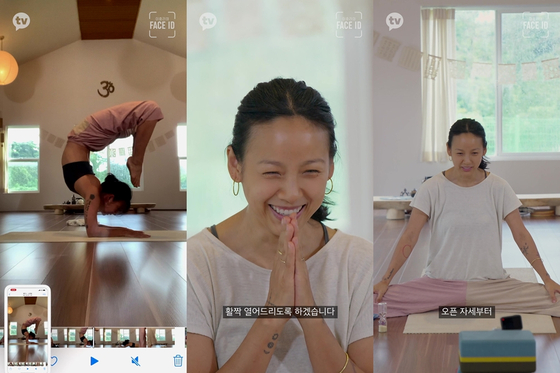 Kakao TV is trying to differentiate itself through completely new ideas. One of its five newly released entertainment shows, "Face ID," has tweaked the concept of a reality show by presenting a person entirely through their smartphone, also called their "screenlife." Singer Lee Hyo-ri is the first guest.

"We created a unique format by applying the screenlife technique that was used in the American mystery thriller 'Searching' [2018]," Shin said. "We collaborated with producer Choi Jae-yoon, who directed Mnet’s ‘Off the Record, Lee Hyori' [2008], which documented Lee Hyo-ri’s daily life when she is not on stage for three months.

The second episode of “Face ID,” which revealed why Lee quit Instagram, was a hit with 5.2 million views.

Although the horizontal format suits existing TVs and screens, the majority of the programs from Kakao TV are produced in the vertical format. 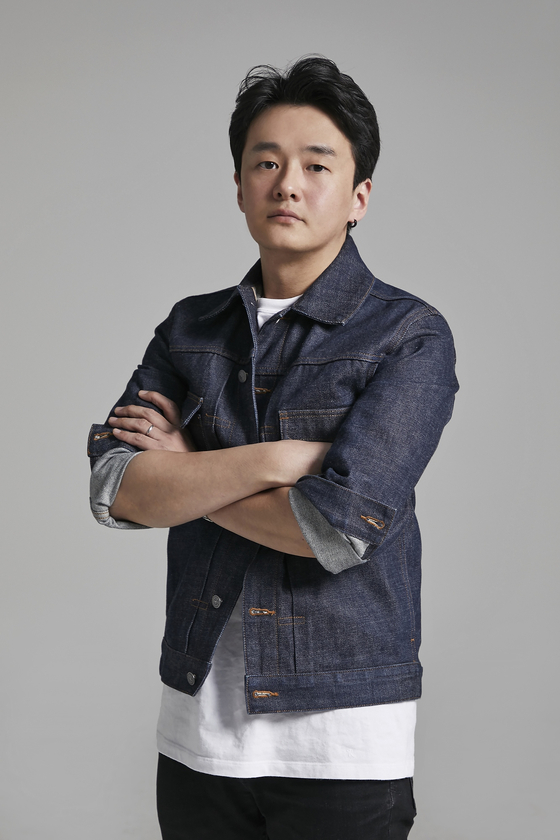 "Audiences like vertical content because we hold our smartphones vertically in our daily lives more often and take a lot of pictures vertically," Oh Yoon-hwan, Kakao TV's main director, said.

Producer Kwon Hae-bom, familiar to the public as "Mormot PD" on MBC's "My Little Television" (2015-2017), and veteran comedian Lee Kyung-kyu produced the first episode of "ZZIN Kyung-kyu" in a horizontal format, but changed to vertical with the second episode after getting feedback from viewers. They preferred the vertical format.

"Last year, Lee Kyung-kyu and I came up with an idea that it would be fun to have a program where a comedian and a producer appear together in a show," Oh said. "Although it may be too much for an 80-minute TV program, I thought it would be worth a try for episodes that run about 10 minutes." 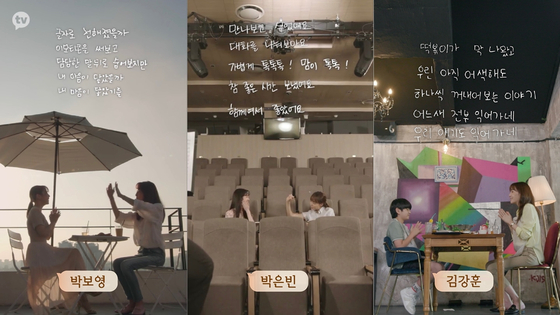 "'Shall we KKTalk?’ has a unique shooting environment because it’s so quiet," Oh said. "I thought it would be fun because people talk to family members on KakaoTalk even when they are all at home these days, not to mention chatting with friends at school and with coworkers at work via Kakao Talk,” Oh said.

Another feature of Kakao TV is how the content is connected to other parts of the Kakao empire, such as Kakao Friends, which manages KakaoTalk emoticons, and the mobile content platform KakaoPage. For instance, Kakao TV’s survival entertainment show, "My Dream is Ryan," will choose the No. 1 mascot among some forgotten mascots in Korea — including the 1993 Daejeon World Expo’s mascot Kumdori and the Korea Handball Federation’s mascot Conpaka. They will all be released as KakaoTalk emojis.

The two drama series Kakao TV has already released are “Amanza,” the story of a 27-year-old man who is diagnosed with terminal cancer, and “Love Revolution,” a love story of a teenage couple. 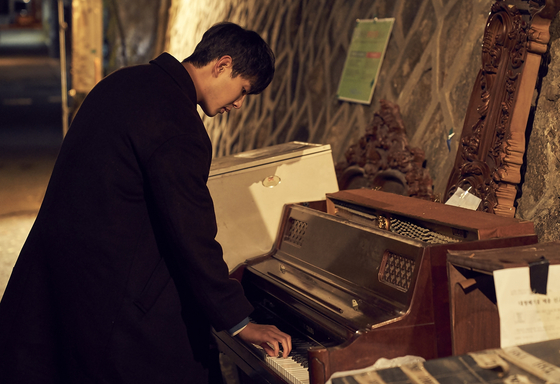 Drama series "Amaza" a story of a 27-year-old man who is diagnosed with terminal cancer. [KAKAO M]

While both are adapted from webtoons from non-Kakao affiliates, Kakao TV is planning web drama series based on webtoons from its own affiliates Kakao Page and Daum Webtoon, including another teen romance webtoon, “Beware of your Boyfriend,” and a boys’ love webtoon, "Aquaman." 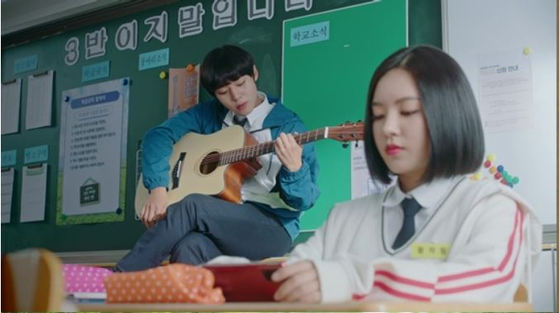 Drama series "Love Revolution“ is about the love story of a teenage couple.[KAKAO M]

"We are willing to adapt webtoons or web novels from other companies if they are in line with what Kakao TV pursues, such as 'Love Revolution,' which remained the No. 1 Thursday webtoon on Naver Webtoon for the past seven years, and Lezhin Comics’ webtoon 'Amanza,' which won the Today's Korean Cartoon Award in 2014,” Shin said.

"Not just in a certain age group but in every generation, we see that the smartphone is becoming the No. 1 medium," Shin said. "Existing media such as TV may satisfy people in their 50s or above, but that is not the case for the MZ [Millennial-Generation Z] generation. That’s why we are especially targeting the MZ generation."

In the case of the web drama series "Love Revolution," which stars a former member of the boy band Wanna One, Park Ji-hoon, the majority of early viewers were his teenage fans. But as word of mouth spread, women in their 30s and 40s started to watch.

"We will leave all possibilities open and try various things under the basic premise of providing entertaining content," Oh said. "It would be fun to create R-rated content under the brand Kakao TV Black or Kakao TV Red, which would require age verification.”

"We tried to figure out how to make content that can suit the audience, which wants fast-paced storytelling," Oh said. "It's easy to think of producing an 80-minute episode and splitting it into four segments. But it's harder to fit in an intro, development, plot turns and a conclusion in 15 minutes because that requires faster storytelling."

"The 2-hour running time of a movie takes into account the number of times theaters can run films. The 16 episodes of a 60-minute drama series depends on external factors such as selling advertisements. Kakao TV is free from all of those kinds of external factors, which allows us to produce however we want — whether it’s a series with 10 or 30 episodes, and whether they're 10 or 30 minutes long," Shin said.

"Although we are currently running in-house production, we are considering establishing a separate subsidiary or acquiring an external production company in the future," Shin said. "Pixar and Netflix are our role models, which show an ideal combination of technology, business and creativity."