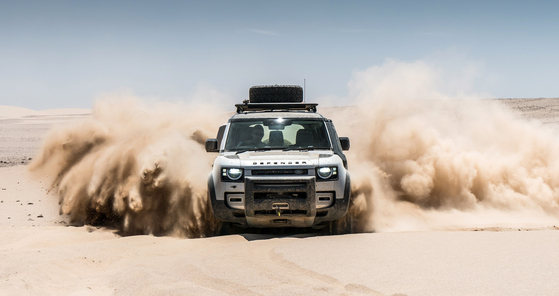 
Korea’s imported car market, which is dominated by German carmakers, got two fresh options on Tuesday.

Defender is a well-known Land Rover model dedicated to off-road driving, which sets it apart from other Land Rover SUVs like the premium Range Rover and more cost-effective Discovery. The model was so dedicated to rough-and-tough off-road driving that it couldn't enter the Korean market previously due to safety features required by Korea's transport regulations, which it lacked, according to the importer and distributor. It has them now.

The latest version of the Defender premiered at the Frankfurt Motor Show last year. 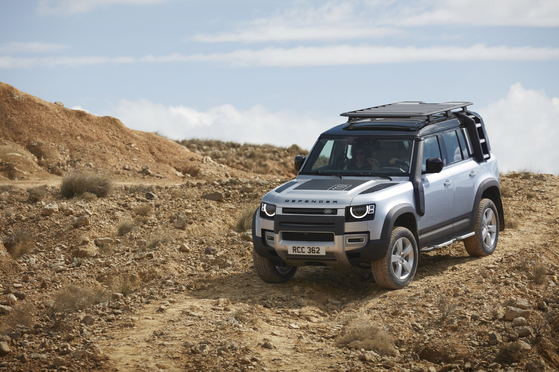 For those who want to enjoy the car on normal roads, the Defender has been equipped with adaptive dynamic suspension to help the car adapt better to road conditions, including smooth urban roads.

"The latest Defender is a reinterpretation of the old Defender, which has 70 years of history and overwhelming driving performance and innovative technology," said Baek Jung-hyun, managing director of Land Rover Korea. "It will be able to satisfy diverse lifestyles."

Land Rover hasn't had a great year in Korea with its January-July sales dropping by 43.3 percent compared to the same period last year. 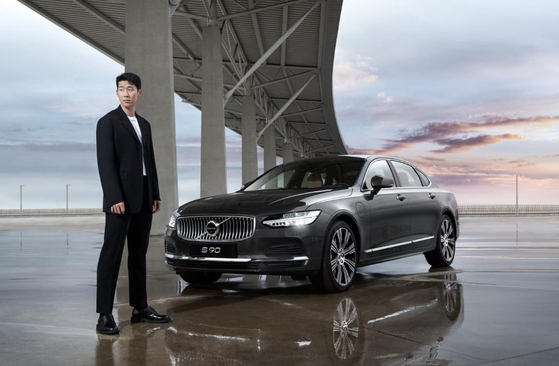 
Another non-German carmaker, Volvo, introduced a face-lifted model of its flagship midsize S90 sedan in Korea on Tuesday. The Swedish brand's safety features were in the limelight in Korea recently after a celebrity couple was found to have not been hurt severely after its Volvo XC90 SUV was hit by a 2.5-ton truck driving on the wrong side of the road.

The new S90, a partially revamped version of the sedan launched four years ago, comes with a larger interior space. The length of the car has been extended by 125 millimeters compared to the previous version, and the wheelbase was lengthened by 120 millimeters. In line with its safety-first brand philosophy, all trims of the model will come equipped with a safety package that includes advanced driver assistance systems that help keep a distance from a car in front.

Volvo also introduced a Care Key service, which limits the car's maximum speed when driven by novice drivers. It is the first time the Swedish carmaker has introduced that feature in Korea. The system will now be offered in all 2021 models for Korean customers.

"The new S90 is at the epicenter of Volvo's Swedish luxury, which prioritizes safety and environment," said Lee Yoon-mo, CEO of Volvo Korea.

The model comes in two types of eco-friendly engines: the B5 gasoline engine equipped with a 48V battery and the T8 plug-in hybrid engine.

The price of its base trim starts from 60.3 million won.

Volvo Korea has been experiencing a steady increase in sales lately. The number of cars sold during the January-July period increased by 24.6 percent on year. 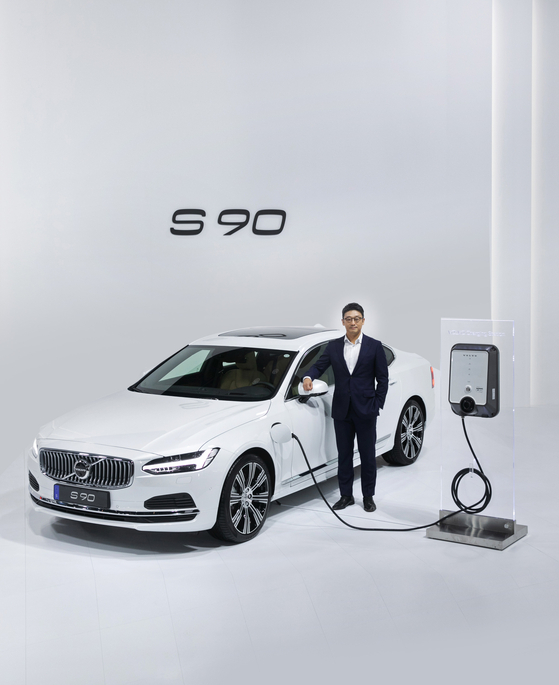