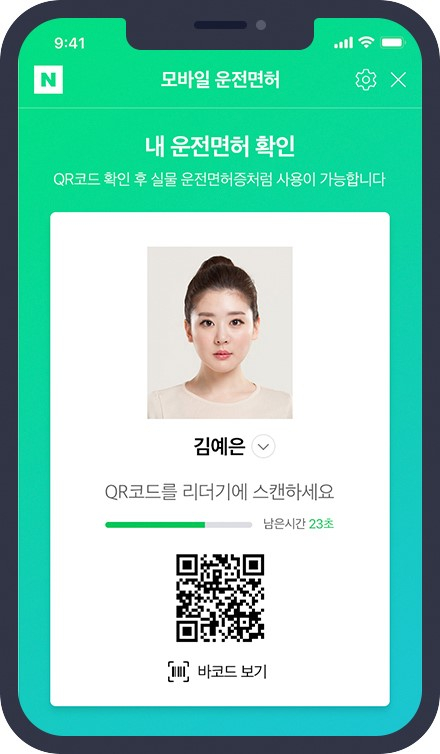 You may soon be able to access your driver’s license with Kakao Talk or via a Naver app.

Naver and Kakao announced separately Thursday they have each received temporary approval from the ICT Ministry to operate mobile driver’s license services under regulatory sandbox conditions, in which normal regulations are held in abeyance to allow for the development of technologies or services that would not otherwise be legal.

Naver and Kakao are third and fourth to receive approval for this sort of digital license. They plan to introduce their services this year.

The first to gain approval was PASS, a consortium of three phone companies. The next was a joint effort by Samsung Electronics and the Korea Information Certificate Authority (KICA).

With a mobile driver's license service, users can upload an image of the physical document to their smartphones. The electronic version will have the individual’s identification photo and a QR code, which resets itself periodically. When the license is being displayed, the screen capture function is disabled.

Naver and Kakao claim their services will be secure, as they will both be using blockchain technology to protect personal information. The two companies are currently in discussions with the National Police Agency to establish a system that can prevent personal information leakage and possible forgery or tampering of mobile IDs.

The mobile driver’s license will have limited use. It can serve as identification during traffic stops, when the license is being renewed or reissued and for boarding domestic flights.

Mobile identification competition is heating up as technology companies seek to gain an edge in offering services of this kind. Kakao said it is currently in discussion with private and public companies to transfer physical identification cards to the Kakao Talk app.