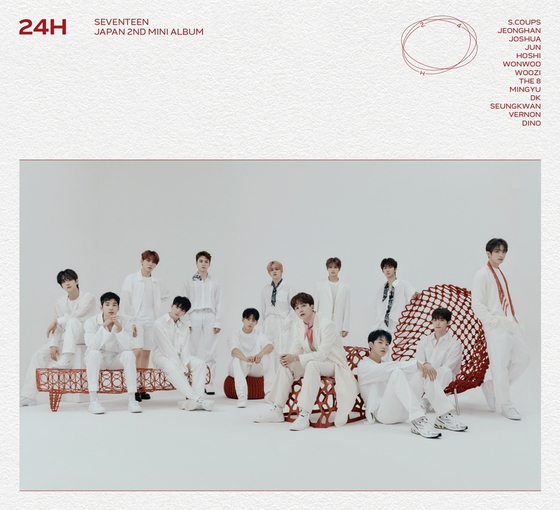 In addition to the title song prereleased on Aug. 24, "24H" consists of four new Japanese tracks, "247," "Chilli" and “Pinwheel,” and the Japanese version of “Together” from Seventeen’s seventh EP "Heng:garae" released in June.

“24H” is a song that sends a message that Seventeen is always with Carats (Seventeen's fandom name).

Seventeen’s “Fallin' Flower” has been certified double platinum by Japan’s recording industry association for garnering more than 500,000 cumulative shipments, and has been named as the only Korean artist in the top 10 of Oricon’s Single Ranking chart in the first half of 2020.

Seventeen will appear on Japanese TV Asahi’s music show "Music Station" on Sept. 11 and Nihon TV's "The Music Day" on Sept. 12 to promote their new release.