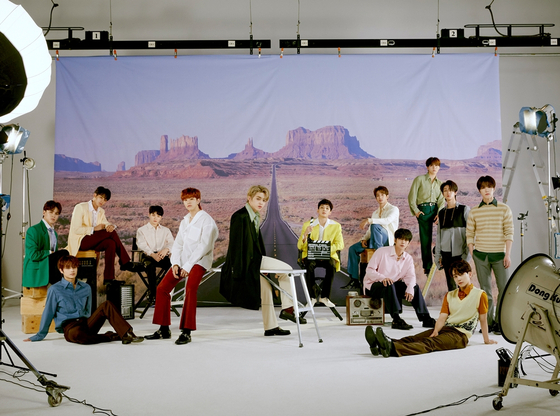 The band's agency Pledis Entertainment announced on Thursday that Seventeen will sit down with host James Corden for a talk in an episode that will air next month.

The talk show is well-known for inviting the hottest stars around the world, including boy bands BTS and NCT, girl group Blackpink and singer CL.

The lead track of the special album "HOME:RUN" was also listed on TIME magazine's list of "The Songs and Albums That Defined K-Pop’s Monumental Year in 2020."