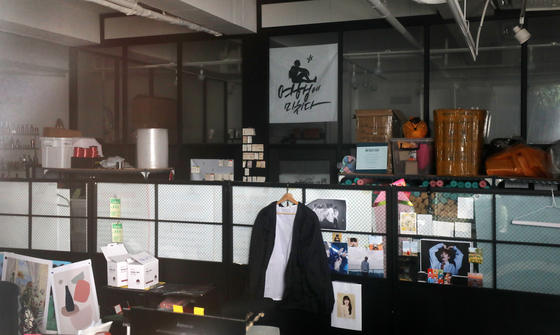 Jo, 31, had been hospitalized in Seoul in critical condition for the past week after an apparent suicide attempt on Sept. 1. His cause of death remains under investigation by police.

A police official didn’t rule out the possibility that Jo may have made another suicide attempt at the hospital.

The young entrepreneur’s Travelholic platform, which introduces tourist destinations in Korea and around the globe, had some 1.2 million followers on Instagram and more than 410,000 subscribers on YouTube.

However, Jo drew fierce public backlash after apparently accidentally sharing a pornographic clip on Aug. 29, mixed into travel photographs on Travelholic's official Instagram account. His followers were quick to point out that the clip appeared to be an illegal molka, or hidden camera footage, taken without the woman's knowledge.

Travelholic quickly took down the post meant to introduce Daegwallyeong Sheep Ranch in Pyeongchang, Gangwon, and issued a series of apologies, which drew further criticism for a perceived lack of sincerity.

The Seoul Gangnam Police Precinct on Aug. 30 launched an internal investigation into Travelholic on whether to press charges over allegations that the footage had been illegally filmed.

The final official apology post shared on the Travelholic Instagram account on Aug. 30 stated that the clip had been downloaded by an unspecified person while surfing the net. The company acknowledged the gravity of the issue, saying it plans to reinforce sex education and halt activities until the issue is resolved.

On Sept. 1, he posted an apparent suicide note on his personal Instagram page, apologizing to everybody and indicating his plans to “depart on my own path.” He went on to outline his funeral arrangements and also asked people to send condolence payments to his personal bank account number, included in the post, to help support his family and company employees.

Jo was found unconscious at around 11 a.m. in an undisclosed location in Itaewon in Yongsan District, central Seoul, by emergency responders who revived him through cardiopulmonary resuscitation.

He was transported to a nearby hospital and had been receiving treatment for the past eight days.

Gangnam police are expected to close the investigation into Jo.

Jo’s wake will be held Friday at the Soonchunhyang University Hospital Seoul.