The cost of free money

The cost of free money 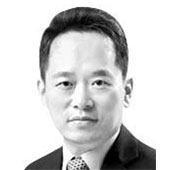 
The country has been on a debt binge. The debt spree has been spurred by cheap loans and a populist fever. Record-low interest rates are behind both factors. The world has entered an ultra-low interest rate environment since the Wall Street-triggered financial meltdown in 2008. In Europe, starting with Sweden and Japan, the interest rate went sub-zero. The stimuli effect had been minor. Instead it ended up inflating home and asset prices, while devastating fiscal balances.

Korea also has been swept up in the debt-financed spending spree. The government and the private sector did not hesitate in taking out loans since they are cheap. The government has upped budgetary spending from its launch in 2017 and has lost restraint this year as it grapples with the unprecedented pandemic crisis. Emergency times require emergency actions. But fiscal spending must be without political purpose and waste. But the government has done exactly the opposite. It went all generous with budgetary spending during the election year. It handed out 13 trillion won ($11 billion) in blanket relief funds to every household. Consumer spending went up in July briefly with the free money. But consumption dropped, leaving just debt for the government. The giveaway only proved that nobody can resist a free lunch.

People were at first uncomfortable about receiving a check from the government as they know nothing is free in this world. Still the windfall kept people happy for at least a few weeks. The government is readying another shot to keep the people intoxicated in debt. Of the proposed government budget of 555.8 trillion won for next year, 90 trillion won would be financed by issuing debt. Such an amount was unthinkable even in 1998 when the country experienced the worst recession after nearing the near-default crisis. After next year, the debt-to-gross-domestic-product ratio will shoot up to 46.7 percent. By 2045, the debt will be on par with the GDP. The government justified massive spending as a way to balance living standards and fight coronavirus.

The budget for next year is enough to build 45 Kyungbu Expressways that connect Seoul with the southern port city of Busan, which was built at the cost of 12.2 trillion won. The bulk, or 200 trillion won, goes to one-time welfare benefits. It will be use to create over one million temporary public jobs and for 23 million gift coupons. Again, nobody will say no to it.

All will be well if the economy is revitalized. But the path looks bumpy. First of all, the private and government sectors are too heavily indebted. Household debt addiction is most worrisome. Individuals have taken out all possible loans from mortgage to unsecured credit to buy homes before the prices go higher and stocks in bullish runs amid scarce investment options despite record-low interest rates. The private sector debt is projected to overwhelm GDP by 200 percent this year, and national liabilities will near 1,000 trillion won next year.

Debt would be less of a worry if tax revenue increases from higher corporate earnings and if consumer income and spending rise from a better economy. But that may not happen. The government’s antibusiness and market-unfriendly policies, like the minimum wage, work hours and interference corporate management, remain intact. The interest coverage ratio, or the measurement used to determine how well a company can pay interest on its outstanding debt through its earnings before taxes, mirrors the dire state of the Korea Inc. The share of companies with an interest coverage ratio below 1, which means they cannot meet interest obligation through revenue, is projected to jump to 50.5 percent this year from 29.7 percent in 2017. Even as the tax revenue from corporate income declined, the government has drawn up a record-setting budget for next year.

Some argue Korea is in a better state than others. But the economy is dangerously overreliant on chip exports. Without chips, the output index of the manufacturing sector fell to 90.6 percent in the second quarter against the reference of 100 in 2015. The capacity of the Korean manufacturing sector has receded to the level five years ago, if not for chipmaking. The argument that Korea’s debt levels are passable when compared to developed economies is also weak. Korea does not have a reserve currency in demand overseas. When the debt ratio goes up, Korea’s sound sovereign credit rating could shake. When that happens, foreign capital could flee and the exchange rate could rock. We have been through the nightmare in 1997-1998. There is no free lunch — and no free spending.