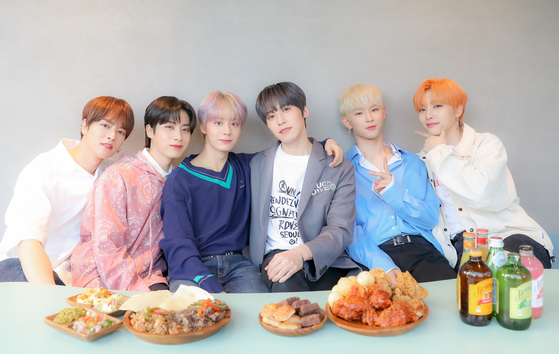 Boy band Oneus sat down with the Ilgan Sports to talk about the recent release of its fourth EP "Lived," released on Aug. 19. [PARK SE-WAN]

Second-year boy band Oneus said its real journey starts now when it celebrated the recent release of its fourth EP “Lived" last month. The group has garnered attention in the K-pop industry as a talented rookie boy band since its debut in January last year with its EP “Light Us,” but after earning the title of "onstage genius” by finishing in fourth place on Mnet's boy band competition show "Road to Kingdom” in June, Oneus is determined to live up to its rising popularity and nickname.

The Ilgan sports sat down with Oneus to talk about its new EP released on Aug. 19 and its teamwork as a second-year boy band. 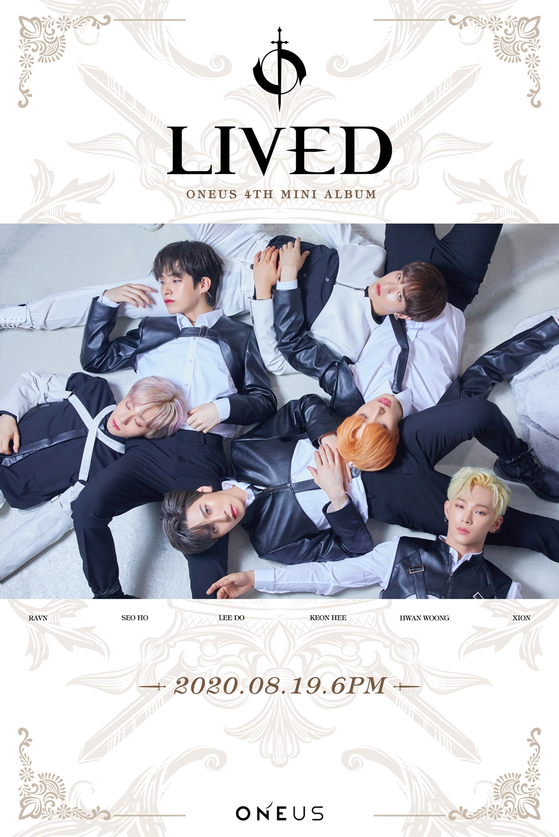 
The lead track "To be or Not to be" on its new album shows off the band's strong stage presence and outstanding live singing skills. As the title of the song hints, Oneus members embody the feeling of agony when facing a crossroad of fate on stage.

"The song has several variations, and the choreography changes in every transition. That’s why the song’s choreography was especially difficult, but we practiced a lot so we are confident we will do well on stage. The viewers won’t be bored watching our performance because there is a clear introduction, development, turn and conclusion in our choreography.”

The band’s fandom has expanded after proving each member’s talent through "Road to Kingdom." Sales of the new album in the first week after its release far exceeded the sales of its previous releases. According to Hanteo Chart, the cumulative sales surpassed 50,000 copies on the sixth day of its release, which is fourfold growth compared to its previous release.

"The album sales records and song rankings are important too, but our goal is to have as many people as possible recognize our music. We wanted to show how much we have grown through our new song 'To be or Not to be,’ and I hope that our new release can appeal to the public. It will also be fun to explore hidden meanings in our song.” 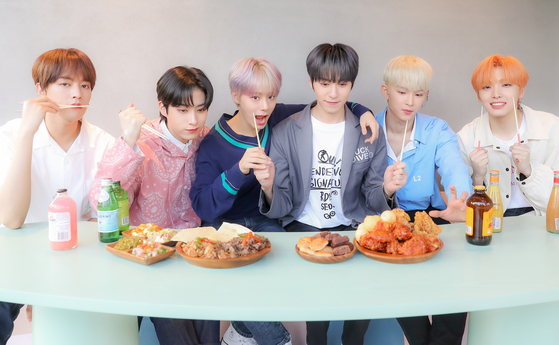 Boy band Oneus sat down with the Ilgan Sports to talk about the recent release of its fourth EP "Lived," released on Aug. 19. [PARK SE-WAN]


One and a half years after its debut, Oneus members say they now have stronger teamwork.

“As our way to show our teamwork, we always talk to every staff member as a group before we begin a shoot. We had a private team dinner recently, and we shared our thoughts about our plans as Oneus. We agreed that the more we perform, the better we dance together. Now we can tell what the other members are thinking just with eye contact.

"Our wish is to stay healthy and not get hurt so that we can perform for our fans as long as we can. Right now it's hard to meet our fans due to the Covid-19 pandemic, but we'll try to find other ways to communicate with our fans. For the fans who’ve waited for us, we will try to repay them with our promotional activities."

The six-member band debuted in January 2019 as the first boy band from the entertainment company RBW, which also represents girl group Mamamoo.

'It’s Okay to Not Be Okay,' 'Kingdom' selected as Best International Shows of 2020