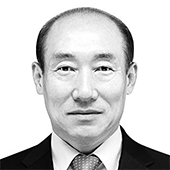 Kim Won-shik
The author is a professor of economics at Konkuk University.

As the Covid-19 crisis continues, the Moon Jae-in administration paid up to 1 million won ($844) in emergency relief grants to all Korean households in May. Now, the government has proposed its fourth supplementary budget of 7.8 trillion won, which will include a second round of relief grants. Instead of devising practical measures to tackle the Covid-19 challenges, the Moon administration is bent on offering another round of cash handouts.

After a brief debate on who should be eligible for the handouts, the government apparently resorted to universal relief, although it said it will give the money to those in need. The government decided to pay 200,000 won to families for each of their children under 12 years old. For those over 13 years old, it will pay 20,000 won each as a subsidy for their phone bills.

First, the lawmakers must find out if there are any leftover funds from the third supplementary budget and use that money first. According to an analysis by opposition People Power Party (PPP) Rep. Choo Kyung-ho, about a half of the so-called Korean New Deal projects, which were given 4.8 trillion won in the third supplementary budget railroaded through the assembly by the ruling Democratic Party (DP) in July, have not yet been implemented as of the end of August. (No big problems are expected if such projects are incorporated into next year’s regular budget.) 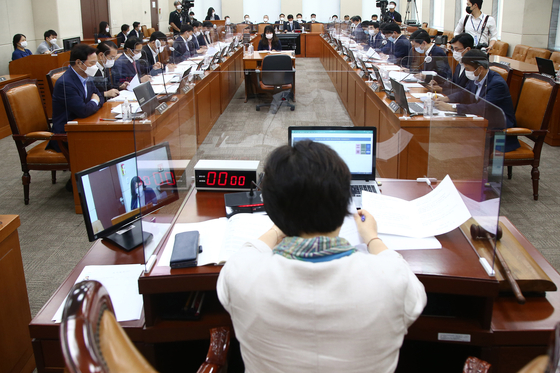 These companies are probably the largest beneficiaries of the current crisis. Those companies actually should compete to lower their subscription fees instead of receiving relief grants on behalf of their subscribers. The people feel sad that the government is taking credit for paying 20,000 won for their phone bills one time, even though they have no choice but to use wireless services for the rest of their lives.

Third, the government must continue to pay subsidies for small business owners and the self-employed as long as the current social distancing measures are enforced, rather than offering just a one-time handout. Their livelihoods are at risk due to the social distancing rules.

The government is actually responsible for having failed to contain the outbreak in the initial stages. Because of the government’s social distancing measures, business owners suffered serious losses. Assistance to them is compensation for the government’s failure to stop the outbreak. It will be a consolation to the people if the administration at least admits its culpability for the resurgence in cases, because it hastily loosened up preventive measures, including social distancing.

Finally, the massive amount of state-led Korean New Deal budget funds should be replaced with drastic deregulation. The government must reduce habitual expenditures and focus on finding new growth engines for the future. Innovating the industrial structure and the people’s lifestyles — based on super high-speed communication and tools of the fourth industrial revolution — has been advanced by a decade due to the Covid-19 crisis. It has become clear which industry will grow and which industry will be headed toward extinction.

The government must carry out massive deregulation to allow new industries to grow in the private sector. Liquidity, then, will return to the capital markets and the serious issue of youth unemployment will be resolved.

The Moon administration offered the sweet taste of cash relief to the voters, as it drew up four supplementary budgets to pay the money. As future generations will have to bear the burden, there is no resistance from the public. But we are swiftly headed into the dark shadow of free money being the solution for every problem.