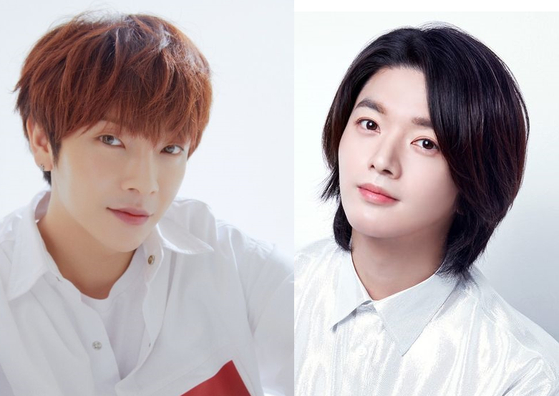 
Police have charged two members of boy band Supernova with gambling overseas and are continuing an investigation into whether any other celebrities were involved, the Incheon Metropolitan Police Agency said on Tuesday.

According to police, members Jung Yoon-hak and Kim Sung-je — who are known as Yoonhak and Sungje — were booked by police on Monday for illegal overseas gambling in the Philippines between 2016 and 2018.

Jung and Kim are said to have played baccarat, betting between 7 million won ($5,900) and 50 million won each round.

One of the pair, who police did not identify, is said to have also gambled on an illegal website run by a Korean.

The two testified that they did not visit the Philippines to gamble, but "accidentally stumbled upon it" while they were there, according to police.

The group's agency SV Entertainment apologized on Tuesday following the news, saying they were "deeply regretful" of the members' imprudent actions.

"We are deeply sorry to the fans who have cared for them to concern them with bad news," the agency said.

"We are deeply regretful of disappointing the fans and related personnel," the members said through the agency.

"We have realized the importance of acting with responsibility as public figures."

Kim, who is also the leader of the group, tested positive for the coronavirus earlier this year in April, after coming in contact with a hostess working at a bar.

He explained that although it was true that he came in contact with the hostess, he did not meet her at a bar.