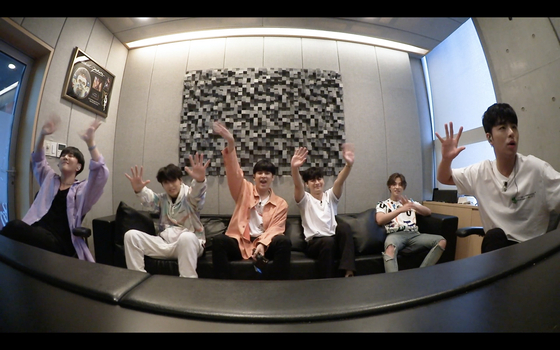 
Boy band iKON celebrated its fifth anniversary on Tuesday with a video posted on its official social media accounts under the title "My Type," revealing the members' throwbacks to past memories. The band sat down for a meeting on how to celebrate its anniversary, singing their hit "My Type" (2015) together for the fans. The band debuted on Sept. 15, 2015, and released several hits such as "Love Scenario" (2018) and "Killing Me" (2018). Its latest EP "i Decide" released in February topped the iTunes Albums Chart in 24 regions around the world. [YG ENTERTAINMENT]