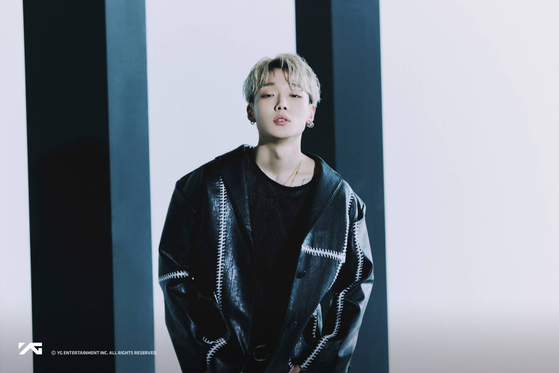 
On Friday, rapper and boy band iKON member Bobby uploaded a handwritten letter on his social media. The letter read that he will soon marry his girlfriend, who will also give birth next month.

The news shocked Bobby’s fans who were unaware that he was even in a relationship. Since then, fans of Bobby and iKON have been expressing divided opinions.

“I’m hurt that he’s been hiding this all along,” Kim Young-been, a fan of iKON in her late teens told the Korea JoongAng Daily. “I was distraught all day and lost sleep over this. The baby is due so soon! I won’t be able to look at Bobby the same way again.”

“What Bobby did wasn’t ideal, but I decided to continue supporting him and congratulate [his marriage and child],” said a 20-year-old fan with the last name Youn. “I think it took courage for him to tell fans, and he promised to keep doing his best as an iKON member.” 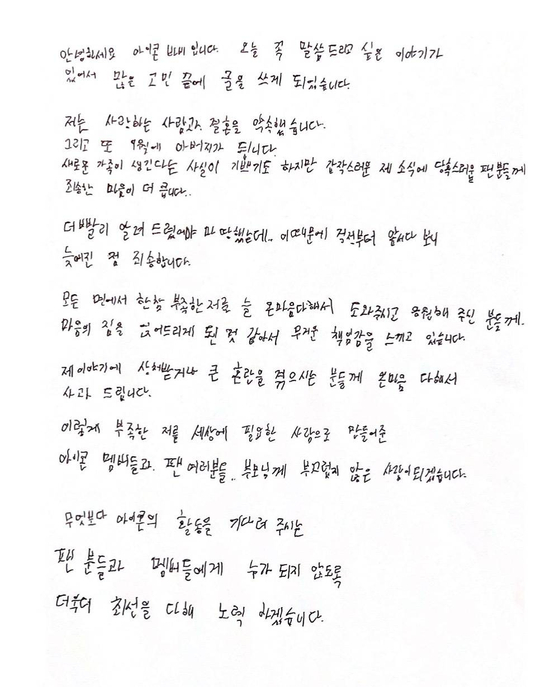 Bobby's handwritten letter uploaded on his social media on Friday, announcing that he will soon marry his girlfriend, who is set to give birth next month. [YG ENTERTAINMENT]


Dating and marriage have been sensitive topics in the K-pop idol scene since its dawn. Any form of an idol’s personal romantic relationship — whether dating openly or having a secret relationship exposed — usually leads to a significant decline in popularity.

Fans’ oversensitive reactions toward their favorite stars dating are often attributed to “para-romantic” sentiments, which are feelings of romantic emotional connection between fans and celebrities that are one-sided in reality. When para-romantic sentiments are involved, fans view stars as their virtual love interests.

“To be a fan is to perceive a celebrity as ideal,” said pop culture critic Kim Heon-sik. “And in the age of mobile devices, the connection between fans and idols feels much more personal, intensifying para-romantic sentiments. As a result, fans can feel shocked and betrayed when that perceived personal connection turns out to be not so real.”

“The idols and their agencies are also very well aware that fans have these fantasies,” said pop culture critic Jeong Deok-hyun. “It’s good business for the idols, so they actively use those sentiments for their benefit.”

People who are not fans of K-pop idols often scoff at fans’ reactions toward stars dating, dismissing them as irrational.

“Why should idols apologize for dating as if they committed a crime?” asked 35-year-old Kang So-yeon, who is not a fan of any particular artist. “I think fans who are angry have unrealistic para-romantic expectations in their heads, although that is what the idol industry is based on.”

However, the reasoning behind the backlash from fans may not be so simple. In fact, fans have become much more accepting of idols dating compared to the past, and plenty of K-pop idols have openly announced their relationships and marriages in recent years without receiving much criticism. Some — including Ok Taec-yeon of boy band 2PM, Max Changmin of boy band TVXQ and most recently Joy of girl group Red Velvet — are congratulated by their fans when they make announcements about their love lives. So why is Bobby facing so much flak? 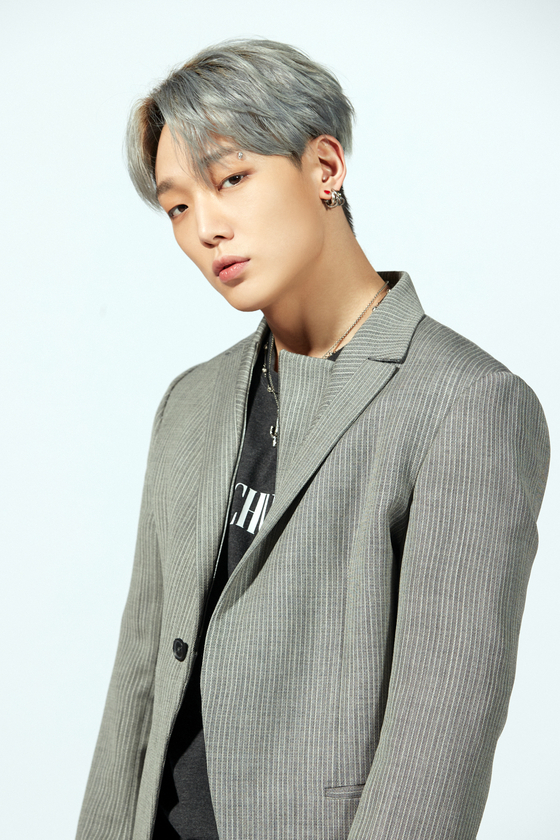 
“It’s undeniable that idol fandoms are based on para-romantic sentiments on some level,” said Jeong. “But the more important bottom line is trust between artists and fans. As long as they’re honest about it, fans today actually react quite positively to idols dating. However, Bobby kept his relationship hidden until a month before his child’s due date. When fans feel like they’ve been deceived for a long time, they feel betrayed, disappointed and angry as seen in Bobby’s case.”

Another factor to consider is iKON’s history as a group. The boy band debuted in 2015 and released the megahit “Love Scenario” in 2018, but took a severe hit when its leader and producer B.I admitted to smoking marijuana and left the band in 2019.

The group recently made a comeback, appearing on the Mnet competition show ″Kingdom: Legendary War” this year and starting its standalone entertainment show “iKON's Type: One Summer Night" on video streaming platform Wavve this month.

As iKON was rebuilding its career, Bobby had an important role as the group's best-known member, thanks to his title as the winner of Mnet’s popular hip-hop audition program “Show Me the Money 3” (2014).

“The group went through a tough hiatus after B.I left, and was just about to rise back to popularity via ‘Kingdom,’” said an anonymous 15-year-old fan. “I fear that iKON might take another hit to its image and lose this opportunity because of Bobby’s premarital parenthood, which is frowned upon in Korean society. That’s what really angers fans who have been rooting for iKON for so long, and I’m frustrated when people simply dismiss us as having irrational crushes on stars.”

“This year was so important for iKON’s future career,” said a 16-year-old fan surnamed Kim. “Members are supposed to renew their contracts [with their agency YG Entertainment] next year, but that’s now uncertain because iKON lost a lot of fans due to Bobby’s announcement. Bobby behaved selfishly and I feel like he ruined the other members’ careers too.”

Last year, Chen of boy band Exo also faced similar criticism when he suddenly announced his marriage three months prior to the birth of his child. Many Exo fans condemned and even demanded that Chen leave the band for damaging Exo’s public image. 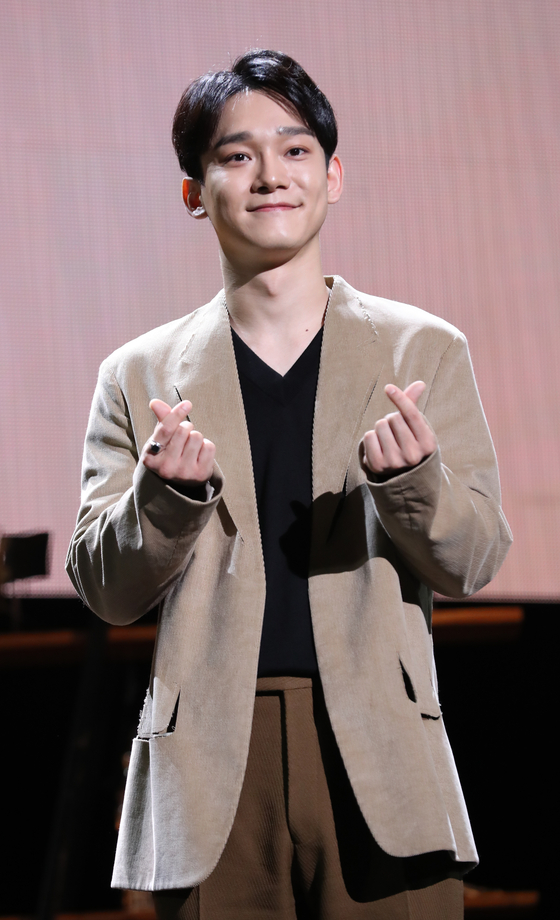 
Fans say they view their favorite idol group’s success as a team effort between themselves and the members. Hence, any behavior that may negatively affect the group’s career is viewed as disrespect and violation of that team effort.

“The reaction would’ve been quite different if Bobby were a solo artist, but at the end of the day, iKON is a team and one member can affect the entire group,” he said. “Knowing what happened with B.I, Bobby should’ve been more careful not to disappoint iKON’s fans again, and that’s what fans would’ve expected too. If controversy keeps happening in a group, its fans can accumulate disappointment and irreversibly lose trust.”

While criticism surrounding a K-pop idol’s dating life and marriage certainly seems to have waned over recent years, some say the change is merely surface-level. 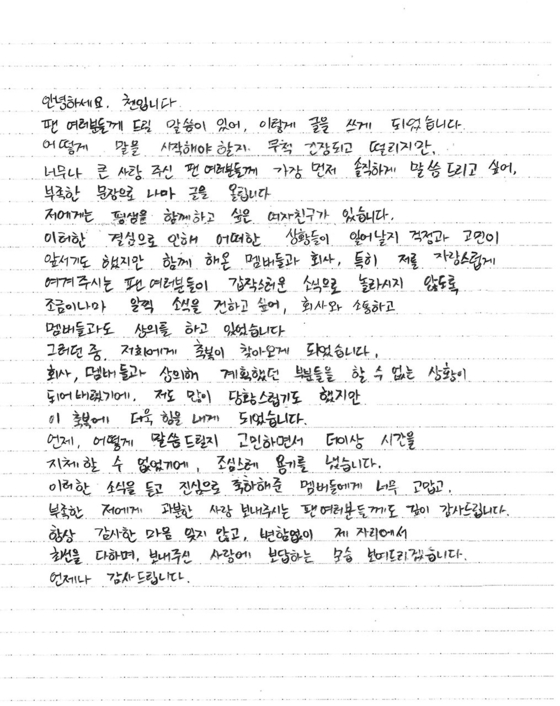 
“Fans often cite seemingly rational reasons for their anger, saying that the member in question damaged the group’s public image, but how exactly?” asked 17-year-old Kang, who is not a fan of iKON but said she would feel the same about her favorite idol stars.

“The general public doesn’t view marrying or becoming a father as a negative thing. It only matters so much to the fans. In that case, why do the fans view marriage and fatherhood as wrong behavior? Logically, is there any reason besides para-romantic emotions?”

“Celebrities are not obligated to disclose their personal relationships,” added critic Kim. “So if fans feel ‘betrayed’ that an idol ‘hid’ his girlfriend, that suggests there were para-romantic sentiments involved.”

Kim also noted that the K-pop industry needs to play its part and reflect on its long-standing marketing strategy.

“It’s true that the K-pop idol industry deliberately plays up para-romantic feelings,” he said. “It has been called out as a chronic problem. On television and social media, idols intentionally give off the feeling that they’re virtual love interests and insist they’re single. They know it’s an effective strategy to attract fans. So perhaps idols can’t object too much when they’re criticized and lose fans for dating, since they’ve benefited by actively emphasizing para-romantic sentiments. That’s the risk that idols and agencies have to manage if they want to continue with the para-romantic marketing tactic.

“On the other hand, K-pop fan culture should become more mature as well and refrain from perceiving idols as subject to romantic feelings. It’s eventually up to the fans to decide whether to stay invested in an idol as an artist, even without the attachment from para-romantic sentiments.”