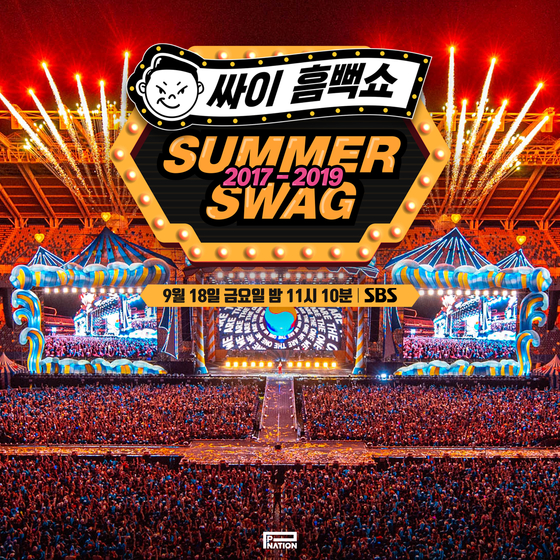 The highlights of rapper Psy’s annual concert “Summer Swag” from 2017 to 2019 will broadcast on SBS on Sept. 18, Psy’s agency P Nation announced on Wednesday.

Along with Psy’s end-of-the-year concert "All Night Stand," "Summer Swag" is Psy's representative concert which presents the audience with Psy's energetic performances along with sprinklers and huge water cannons to escape the summer heat.

"We organized a special broadcast to make up for not being able to meet the audience in person amid the Covid-19 pandemic," P Nation said.

"It's a tough time due to the Covid-19 crisis, but I hope that 'Summer Swag' will give everyone a chance to relieve their stress by enjoying the exciting stage together on a Friday night," an official from P Nation said.