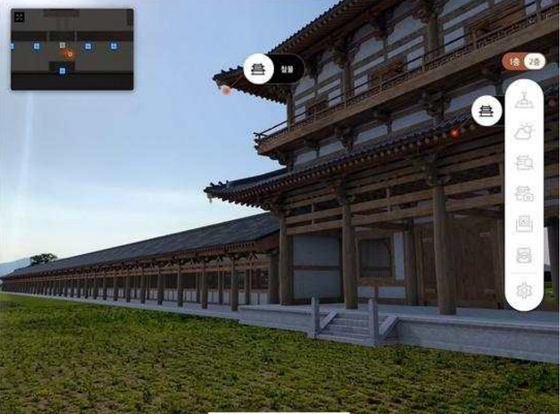 It's the first time that an extant cultural heritage site has been digitally restored in a way that portrays every life-size detail of the structures and their interiors in their original locations.

Hwangnyongsa Temple was the largest temple of the Silla Dynasty (57 B.C. to A.D. 935) and was renovated on numerous occasions after its founding in 553 (the 14th year of the reign of King Jinheung).

All of the original temple buildings were destroyed by fire during the Mongol invasion of 1238 — the 25th year of the reign of King Gojong of the Goryeo Dynasty (918-1392).

At present, only its site — Historic Site No. 6 — remains in Gyeongju.