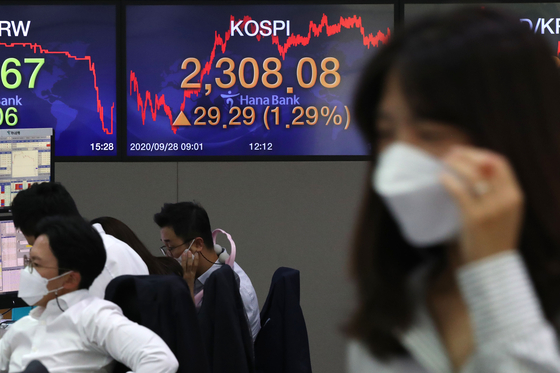 A screen shows the closing figures for the Kospi in a trading room at Hana Bank in Jung District, central Seoul, Monday. [NEWS 1]


Stocks advanced more than 1 percent Monday, buoyed by rallies in the United States and a rush by local bargain hunters. The won fell against the dollar.

Analysts, however, warned that market uncertainties are likely to remain high ahead of the Chuseok holiday that falls from Wednesday to Sunday, as investors may shift to selling mode to take their profits.

The local currency closed at 1,173.6 won per dollar, up 1.3 won from the previous session's close.