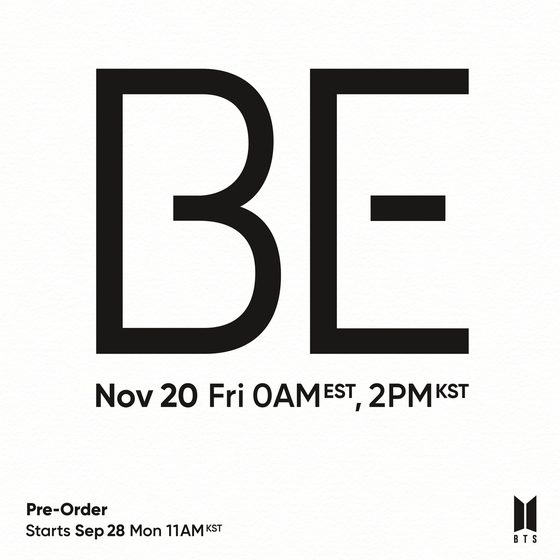 
K-pop phenomenon BTS is getting ready to meet fans with its new album “BE” on Nov. 20.

It announced the news of the forthcoming release on social media Monday.

The new album is about the stories of BTS members, sharing the idea that life goes on even amid the changes forced by the Covid-19 pandemic.

The group has been sharing some of its work as the new album progresses, using its official YouTube Channel Bangtan TV. This time, the members of the group have been more hands-on with the production of the album, including contributions to the general concept and design.

“It is possible to feel the ideas and emotions the members have felt while making the album,” said Big Hit Entertainment. “This will provide a wider-than-ever spectrum of the music and will be the most BTS-like album.”

The album will be released worldwide on Nov. 20 at 2 p.m. Advance copies can currently be reserved.