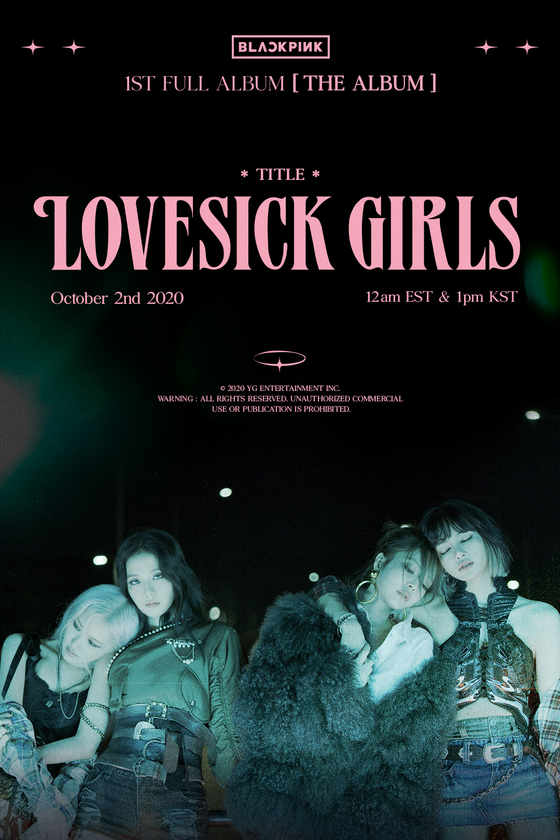 Blackpink has unveiled the name of the title track of its first-ever album set to be released on Oct. 2 — “Lovesick Girls.”

The girl group’s agency YG Entertainment posted a teaser image on its official blog Monday with the name and the four members against a black backdrop.

The dark background and solemn facial expressions of all the members signal the song might be about the pain that comes with love, not to mention the name of the song, the agency said.

The group is releasing its first album since its debut four years ago.