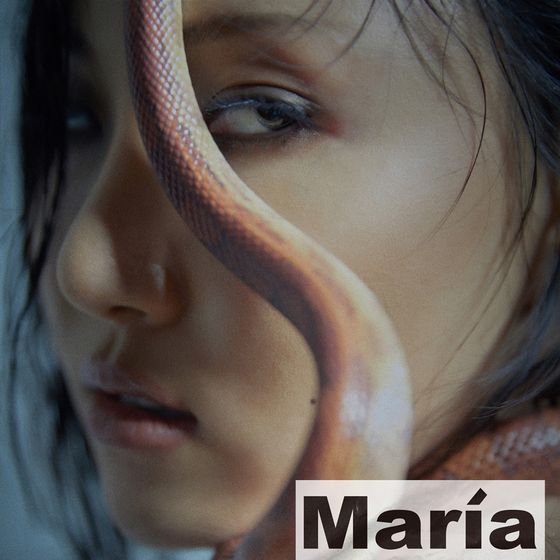 Hwasa, a member of girl group Mamamoo, on Monday announced her plan to release her EP on June 29.

Her announcement follows a more than year-long hiatus since she released her single “Twit” in February 2019.

Her EP, titled “Maria,” will include six new songs. She said she has sunk significant time and energy into it, as it is her first EP since her debut six years ago.

Her agency RBW has release the jacket image through the official social media. In it, Hwasa stared through somewhat lazy eyes while a snake wraps around her neck; a femme fatal who appears strong yet sophisticated.

Hwasa has been admired among fans as a multi-function vocalist with the ability to both sing and rap. She has recently released a number of unique performances that reflect a range of characters to make her stand out amid an influx of girl groups in the entertainment scene.

Hwasa has also been featured on a variety of entertainment shows including “I Live Alone” on MBC to show how cheerful and down-to-earth she is — a significant break from her stage persona.