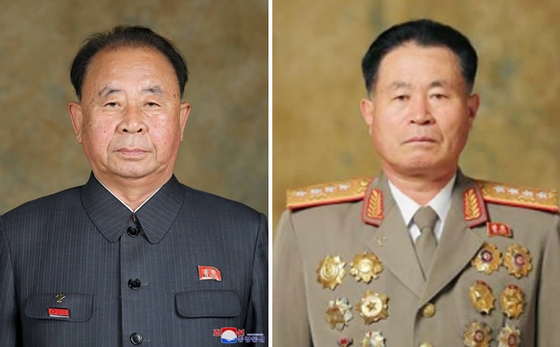 
North Korean leader Kim Jong-un promoted two of his closest military advisers to the country’s highest military rank, signaling an intent to keep strategic weapons development at the center of his security agenda.

Ri Pyong-chol and Pak Jong-chon were both made Marshals of the Korean People’s Army (KPA) during a meeting of the political bureau of the ruling Workers’ Party Central Committee presided by Kim on Monday, according to an English-language report from the official Korean Central News Agency (KCNA) on Tuesday.

The two figures have surged through the ranks under Kim Jong-un’s patronage, with their most recent promotion making them two of only seven people — besides the Kims themselves — to become five-star generals in the country’s history.

Even in North Korea’s military bureaucracy, which is plagued by rank inflation, the rank of marshal has only been bestowed upon figures closest to the Kim family who were instrumental to their rise and consolidation of power.

Ri, an Air Force general, is believed to have gained Kim Jong-un’s good graces due to his role in spearheading the North’s long-range missile program. With the regime’s successful development of intercontinental ballistic missiles (ICBMs), Ri leaped through the hierarchy to become a deputy chief of the party’s munition department last year before he was appointed a member of the cabinet this April.

In May, he was made vice chairman of the Central Military Commission (CMC) in May — a position that had been vacant since 2014 — and in August he gained a seat on the Presidium of the Politburo, the five-member body consisting of the regime’s top leadership.

Pak too went from being a regular one-star artillery commander in 2015 to a full four-star Army general last April, before he was appointed to head the military as vice marshal and chief of the General Staff of the KPA. His role in advancing the country’s short-range ballistic missile program — which produced a litany of weapons tests last year — is believed to have earned him Kim’s close trust.

As the North’s top field commander, Pak may have also been involved in the shooting and killing of a South Korean official who wound up in North Korean waters last month, an action apparently carried out by North Korean maritime patrol soldiers following orders from above.

South Korea proposed a joint investigation of the incident and the restoration of military communication lines to prevent a recurrence, but the North has so far issued no response.

Lee and Pak’s promotions may signal the regime has little interest in a return to dialogue as per Seoul’s wishes, but may instead double down on strategic weapons development in line with the two marshals’ past accompaniments.

Experts in South Korea and the United States say the progress of the North’s evolving weapons program may be unveiled during a military parade expected to take place on the party’s 75th foundation anniversary on Saturday, which could possibly feature a new solid-propellant ICBM. 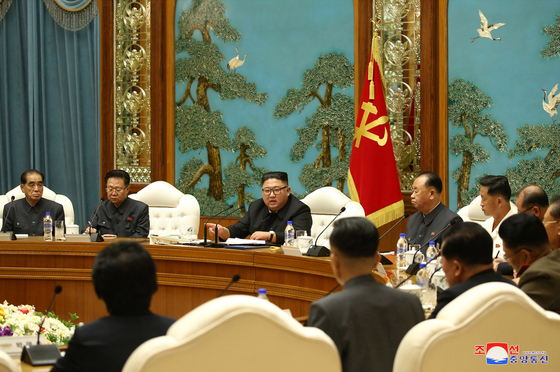 
Along with the promotions, the meeting also included the launch of an 80-day economic drive to mobilize the country’s workforce — an apparent last-ditch effort to eke out some results in the remainder of what has shaped up to be a disastrous year for the nation.

With the economy throttled by international sanctions, trade drained by the coronavirus pandemic and key grain- and mineral-producing regions slammed by serial natural disasters this summer, the regime made a rare admission in August that it had failed to meet key targets and that a party congress would be held in January to unveil a new plan.

But with the party due to celebrate the momentous occasion of its 75th anniversary, Pyongyang has aimed its focus on recovery efforts and preparations to energize its ailing economy — and set the impression that all is well in the 10th year of Kim Jong-un’s rule.

“We have performed historical feats with our costly efforts, boldly overcoming unprecedentedly grave trials and difficulties this year, but we should not rest on our laurels,” the KCNA said.

“We still face the challenges that cannot be overlooked and there are many goals we have to attain within this year.”

The original Korean-language report from the KCNA used the word “battle” to refer to the campaign, denoting the militant mobilization drives that the regime has often employed to make short-term gains in the past.

Four years ago North Korea waged a pair of “battles” that required its people to endure added duties — one for 70 days and the other lasting 200 days.

Such drives are also referred to as “speed campaigns,” which in KCNA’s own words are part of a “proud tradition of struggle to write a history of great change and work eye-opening miracles by waging an all-out campaign for the great socialist construction.”

Analysts in South Korea noted the campaign testifies to Kim’s growing desperation about the country’s economic situation, and appears to be aimed at shoring up public morale diminished by continued difficulties.