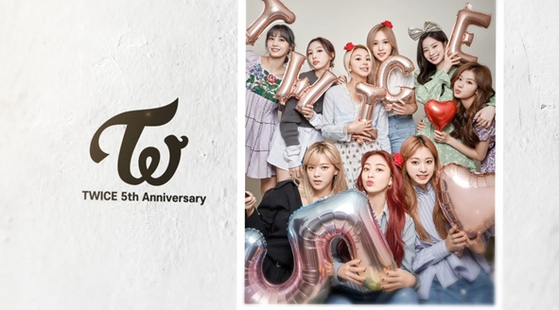 
A star-studded cast of songwriters worked together on girl group Twice's second full-length album set to drop on Oct. 26, including some of the biggest names in the music industry such as singer-songwriter Dua Lipa.

According to Twice's agency JYP Entertainment, the band's upcoming album titled "Eyes Wide Open" will feature 13 songs, with "I Can't Stop Me" as the lead track.

Park Jin-young, music producer and also the head of JYP Entertainment, joined forces with songwriter Shim Eun-ji to write the lyrics for "I Can't Stop Me," while songwriters Melanie Joy Fontana and Michel "Lindgren" Schulz penned the music, creating an electronic dance-pop track with the upbeat funkiness of an '80s synth-pop song. 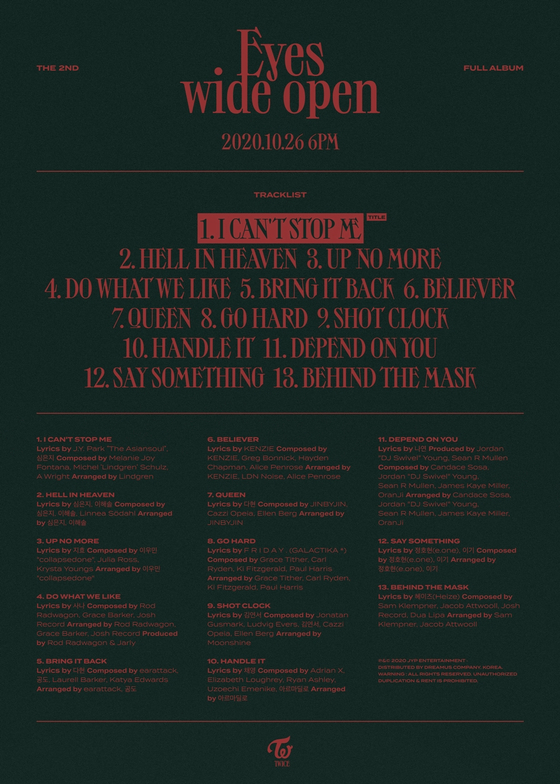 Members Jihyo, Nayeon, Sana, Dahyun and Chaeyoung also took part in writing the lyrics for tracks on the album to show the members' development as musicians.

Twice celebrated its upcoming fifth anniversary, which falls on Oct. 20, with a special family photo with the members last week.

The group will meet with fans through a special live-streaming session on Oct. 19 through Naver V Live.