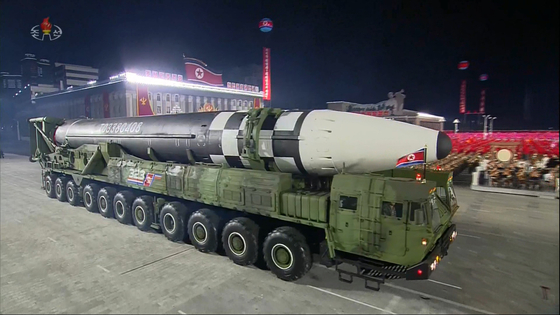 
North Korea unveiled an intimidating array of new weapons at a monumental military parade carried out in the dead of night on Saturday — among them novel forms of ballistic missiles capable of being launched from a submarine and across the Pacific Ocean.

The parade, which intelligence officials in Seoul said went on from 12 to 3 a.m. Saturday in Pyongyang’s Kim Il Sung Square, was the result of months of preparations by the regime for the 75th anniversary of its ruling Workers’ Party, undertaken amid one of the worst economic situations the country has faced in decades.

Footage of the ceremony broadcast by the Korean Central Television Saturday evening showed on display a host of new strategic weapons the regime had been developing for years, including what appeared to be a short-range ballistic missile system known as the KN-23, a 600-mililmeter large caliber artillery gun and a submarine-launched ballistic missile (SLBM) labeled as the Pukkuksong-4A.

The centerpiece of the event was a new form of an intercontinental ballistic missile (ICBM) that appeared to be an enhanced and larger version of Pyongyang’s Hwasong-15 system — a weapon reportedly capable of reaching the continental United States.

The public debut of the arsenal signaled to Washington, months into a fraught stalemate in their denuclearization negotiations, that Pyongyang’s priority remained to ensure the survival of its regime by any means possible.

That intent was made unequivocal in an address ahead of the parade from North Korean leader Kim Jong-un, who announced he had built a war deterrent capable of containing threats from hostile powers, but that the North would never employ such means first without provocation. 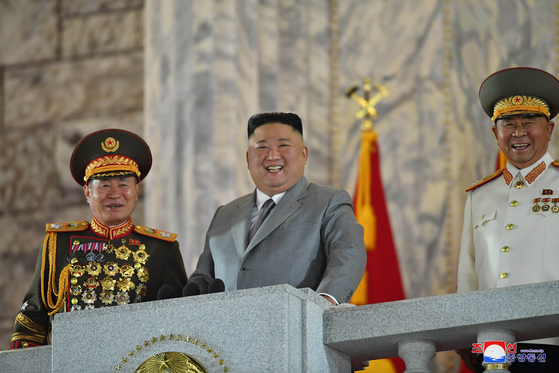 
“Our war deterrent, which is intended to defend the rights to independence and existence of our state and safeguard peace in the region, will never be abused or used as a means for preemptive strike,” Kim said, according to an English-language version of his speech carried by the official Korean Central News Agency.

“But, if, and if, any forces infringe upon the security of our state and attempt to have recourse to military force against us, I will enlist all our most powerful offensive strength in advance to punish them.”