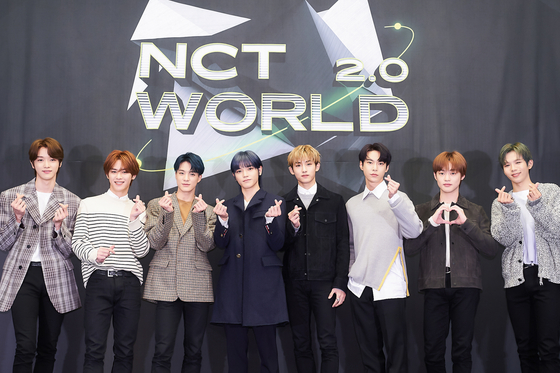 
Members of boy band NCT felt like they had gone back to high school while shooting cable channel Mnet's new reality show "NCT World 2.0," they said on Wednesday afternoon during a press conference held online.

The description for Mnet's new program "NCT World 2.0" as a "multiverse reality show" may scare some potential viewers, but the idea is simple: The show takes the members of NCT back to 2016 when they first debuted, follows them until now and also takes a peek at the group in the future.

"I realized that NCT has been there in the past and will be together in the future as well," said producer Lee Young-joo.

"So we put together a program where we can see the members of the past, present and future altogether. We give them a variety of different experiences, and we think that it will allow the audience to see more sides of NCT than ever." 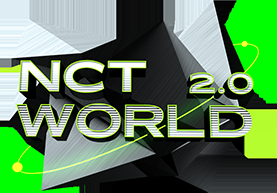 
The 23 members will be tasked with various missions — like flying a small drone or winning a board game — where they get to show their realistic sides while also having fun together.

"We thought at first that it might be hard shooting with so many people at the same time, but it turned out to be so much fun," said NCT leader Taeyong.

"It actually felt really fun and felt like we were all together in a classroom where we got to chat and have fun — with or without the camera."

NCT debuted in 2016 with a unique open concept, whereby members of NCT can be divided into subunits NCT 127, NCT Dream, NCT U or WayV freely, and even welcome new members to the group from time to time.

The group released its second full-length album "NCT 2020: Resonance Pt. 1" on Oct. 12, and the first release since new members Sungchan and Shotaro joined in September.

"This is the first time all of us have been on a TV program together, so it's exciting for us as well. I hope the fans and viewers all enjoy the show," Doyoung said.