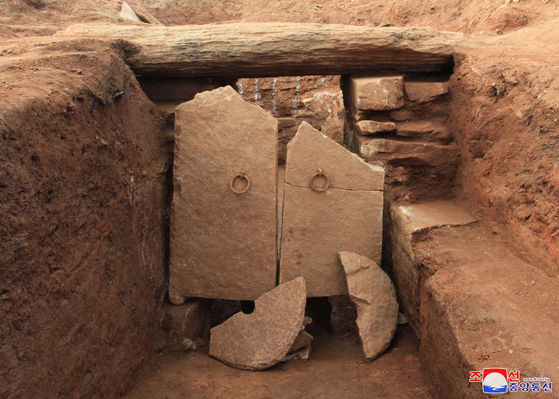 North Korea discovered an ancient tomb with mural paintings, believed to be from the sixth century and the Goguryeo Kingdom (37 B.C. to A.D. 668), in Nampo, South Pyongan Province, according to the official Korean Central News Agency (KCNA) Sunday. A research group from its cultural heritage agency found the tomb on a hillside in the Undok area of Ryonggang County. The tomb consists of a burial chamber and passage, with a stone gate about 125 centimeters (49 inches) tall and 60 centimeters wide. It is the first time a tomb with murals of the Sasindo, the four guardian deities, has been found in the Ryonggang area, adding to its historical value, according to state media. [YONHAP]