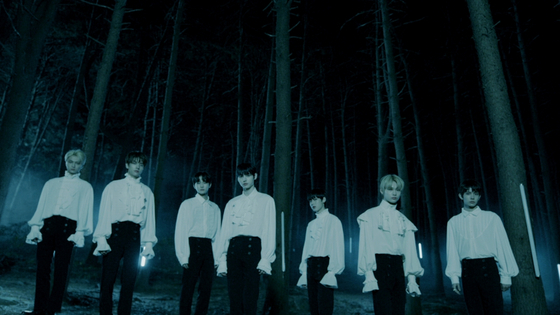 
Boy band Enhypen will make its official debut next month, its agency Belift Lab announced through a trailer video posted on Thursday.

The video, titled "Choose-Chosen," was posted on Thursday through the band's official YouTube channel as the first teaser of its upcoming debut.

The video featured the seven members in a dark forest, with pairs of antonyms appearing on screen such as "Failure-Success," "Given-Taken," "Blood-Light," "Us-the Others," and "Mortal-Immortal."

The final episode aired on Sept. 18 and nine trainees compete for a spot in the band. Seven made it to the group: Heeseung, Jay, Jake, Sunghoon, Niki, Jungwon and Sunoo.


Enhypen will be the first band to debut under Belift Lab, with more expected to come in the future.