It's a guy-doesn't-get-girl story, and that's O.K. with Jisoo

It's a guy-doesn't-get-girl story, and that's O.K. with Jisoo 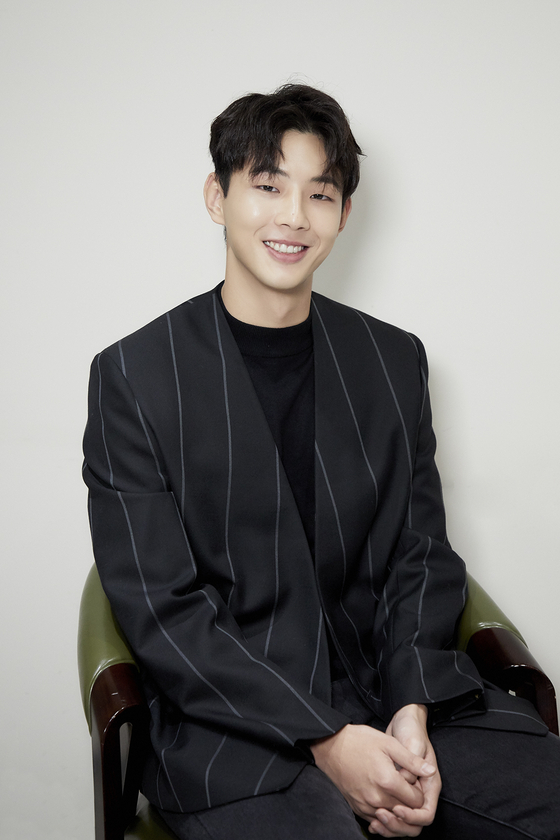 
Actor Jisoo of recently ended TV drama “When I Was The Most Beautiful” went all in to show how heartfelt he can be even when love is unrequited, and reminded many of their own first love. The fact that the drama ended without Jisoo getting his love made the hearts of many at home ache and sympathize thinking of their own first, and one-sided, love.

“No ending could make every audience satisfied,” said Jisoo during the interview with Ilgan Sports, an affiliate of the Korea JoongAng Daily. “It is better to have an open ending, as I think that was the most practical ending. And I personally like the idea of having some room to spare.”

Unlike all the heartache Jisoo displayed in the drama, the actor said he usually never gets emotionally invested in love in real life when it isn’t reciprocated.

“When it comes to love, I think I have always been the one that gives up fast,” he said.

He is now dreaming of making a love story where emotions are more mutual.


Q. How did you make yourself fall for the character?

A. I just read the script thoroughly to understand the character better. That helped me get into the character I was playing. In the beginning, I felt like my emotions are healed — going toward the end, it was not easy to show how my character was emotionally in a difficult place.


Q. Was it difficult to do melodrama?

A. The sense of burden and responsibility always comes with any kind of work, so I think it’s natural to feel some difficulties. Yet, there is always a wish that I want to excel. Next, I wish I could do a piece that could make me delve even deeper to show my emotions. Doing emotional scenes is physically challenging. I’m not yet so relaxed when I have to do emotional scenes, so I get very sensitive. It felt like I was facing another mountain to climb after I just came on top of the one I just saw.


Q. What was it like to work with fellow actors Im Soo-hyang and Ha Seok-jin?

A. Im did emotional scenes so well, so it was easier for me to fall for the situation and act. The way she did her lines in the scene really got me to take in all the detailed emotions I needed to feel in order to do my lines. Thanks to her, I was able to act even better. With Ha, I talked with him a lot. He is such a veteran, and just watching how he does things gave me things to pick up on. He inspired me so I can be a better actor in other pieces I will get to do in the future.


Q. What is your personality like in real life?

A. I’m usually shy so I tend to stay quiet. But I’m mischievous with my friends.


Q. Do you think you tend to play pitiful characters?

A. Maybe I look pitiful? [Laughs]. I keep on playing characters that have some stories from their past. I think whenever I take a look at characters in a creative piece, I tend to fall for such characters and create some sympathy. And then I’m more drawn to those characters.


Q. What other genres would you want to do?

A. I think I’m accumulating experiences. I am not sure how much I show from [what I learned] from those experiences, but there definitely are things that I feel more comfortable with. I think in the beginning, I didn’t have much worry about doing things, but as time goes by there is a lot to think about, and I find things even more difficult to do. I wonder if I would get to be more relaxed about 10 years after. I wish I could.


Q. Are you happy being an actor?

A. It is such a blessed occupation as I can experience many different things that others go through. I meet lots of people, and I face many new situations. I just like the fact that I get to have different experiences.

actor jisoo Koreadrama When I was the most beautiful