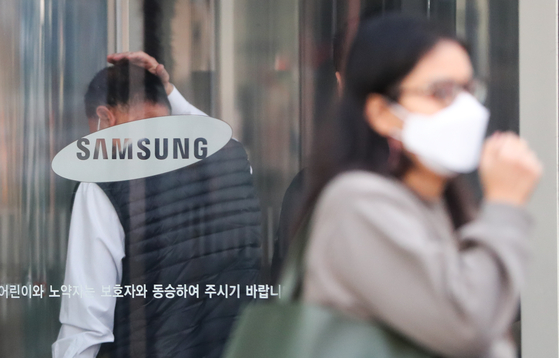 
Samsung C&T rose by as much as a fifth in trading Monday following the death of Lee Kun-hee, chairman of the Samsung Group, as his family will have to scramble to pay an $8 billion inheritance bill.

One possibility is that the family members will try to increase the dividends paid by companies in which they own shares to raise the much-needed funds. They could also seek outside investors or restructure their holdings in group companies.

“Even if the family shareholders divide the tax into six payments over the five years, they still have to pay around 1.8 trillion won every year,” said Hwang Sei-woon, a researcher at the Korea Capital Market Institute. The family “will probably first pay the taxes with loans, and raise the dividends to secure cash and pay off the debt.”

Increasing dividends is a common way for families to pay inheritance tax as they struggle to maintain influence in large corporations through generations.

LG Group Chairman Koo Kwang-mo increased LG Chem’s dividend by 69 percent since 2017 to finance a 921.5-billion-won inheritance tax bill after his father Koo Bon-moo passed away in May 2018.

The payout ratio for Samsung Electronics was 44.7 percent in 2019, a ratio that has increased steadily in recent years as the company faced pressure from activist shareholders. It was 16.4 percent in 2015.

Its second-quarter dividend was 354 won per share for a yield of 2.34 percent, higher than the average for Kospi stocks.

Samsung Electronics is likely to announce its third-quarter results on Oct. 29. Korea Investment & Securities predicts the company will “increase the payout ratio” then.