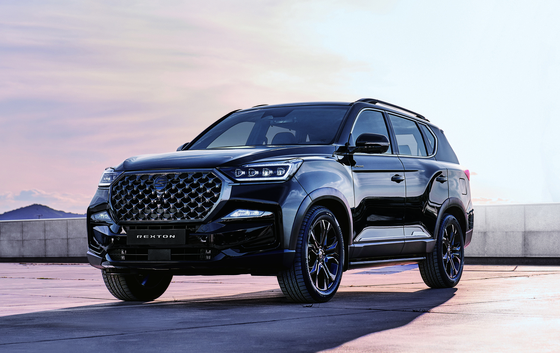 
SsangYong Motor reported a quarterly operating loss for a 15th straight quarter between July and September as exports continue to decline and demand in Korea fails to pick up.

In the July-September period, SsangYong sold a total of 25,350 vehicles, marking an on-year decline of 18.5 percent. According to the company, a decline in exports and reinforced social distancing rules in Korea due to the Covid-19 pandemic were behind the demand cut.

By quarterly comparison, SsangYong managed to see a higher revenue figure and lower operating loss between July and September.

“Q3 sales have shown an upward trend for a third consecutive quarter this year, recording the highest performance this year boosted by the continuous release of special editions, diversification of online sales channels and non-face-to-face marketing programs,” SsangYong said in a Monday statement.

“In particular, the company’s Q3 exports showed a clear recovery with an uptrend for three consecutive months since June, following the resumption of economic activities in major strategic overseas markets.”

SsangYong's net loss, however, fell to 102.4 billion won in the third quarter from the second quarter’s 8.9 billion won. During the first quarter, the figure was 193.5 billion won.

According to the company’s spokesman, the second-quarter net loss was significantly smaller as SsangYong sold off its real estate assets in Guro, western Seoul, and Busan logistics center as part of its self-rescue plan. There were no asset sell-offs during the third quarter.

SsangYong Motor is in a difficult position after parent company Mahindra earlier this year withdrew its initial promise to inject 230 billion won into the struggling unit. Instead, it offered a one-time injection of 40 billion won. Mahindra currently owns 75 percent of the Korean unit.

In a line of effort to improve the situation, SsangYong has cut down labor costs, downsized welfare expenses and rolled out new models despite the cash-strapped situation. The company released the Tivoli Air this month and is planning to launch the all-new Rexton next month.