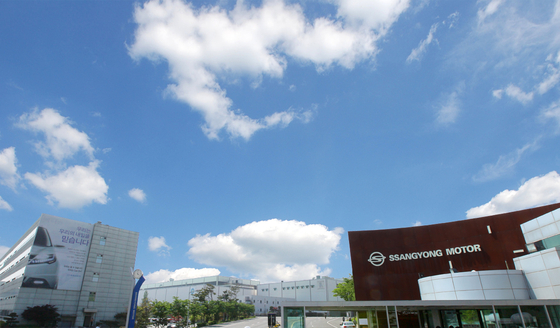 A consortium led by Edison Motors is expected to be selected as the preferred bidder for SsangYong Motor.

SsangYong Motor said Wednesday that it has chosen the consortium led by the electric truck maker as the preferred bidder and will ask Seoul Bankruptcy Court to approve the decision.

Another consortium lead by Korean electric vehicle company EL B&T, which reportedly submitted a 500 billion won bid, was expected to compete with Edison Motors, but was ruled out because it "was seen as lacking financing capability," according to Seoul Bankruptcy Court Wednesday.

Edison Motors is an electric truck manufacturer based in Hamyang, South Gyeongsang. Its revenue was 89.8 billion won last year and its operating profit was 2.8 billion won.

Edison Motors was one of the first companies that stepped forward to salvage SsangYong Motor since it was placed under court receivership in April.

SsangYong Motor plans to sign a memorandum of understanding with Edison Motors this month and finalize the details of the deal including the price after November.